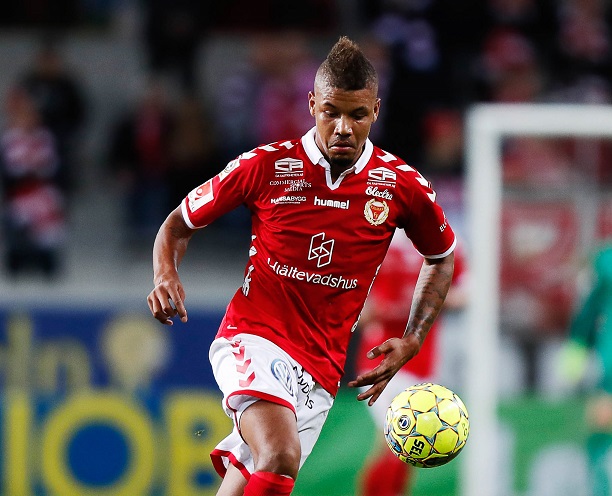 Mikael Dyrestam was left behind to isolate as Guinea left for the Africa Cup of Nations.
Image: Nils Petter Nilsson/Getty Images

Guinea left three players at their training base in Rwanda after they tested positive for coronavirus, while the rest of the delegation departed for the Africa Cup of Nations finals in Cameroon.

The Guinea Football Federation said on Friday that defender Mikael Dyrestam, a former Sweden international who switched allegiance to Guinea, was isolating in accordance with local Covid-19 protocols, together with goalkeeper coach Kemoko Camara, who also tested positive.

Striker Seydouba Soumah was already in isolation after testing positive. Midfielder Morlaye Sylla would have to undergo a new PCR test on Friday and would be allowed to travel if he returned a negative result, the federation added.

The rest of the 27-man squad and staff arrived in Bafoussam on Friday ahead of Sunday’s tournament kickoff.

Guinea play their opening Group B match on Monday against Malawi. They completed their preparations in Kigali on Wednesday with a 2-0 win over Rwanda in a friendly, with Liverpool’s Naby Keita scoring one of the goals.

Covid-19 infections have caused more disruption to African Cup of Nations preparations, with Senegal delaying their departure for the tournament in ...
Sport
3 weeks ago

Nigeria striker Odion Ighalo will not play for his country at the Africa Cup of Nations in Cameroon after his Saudi Arabian club refused to let him ...
Sport
3 weeks ago

Gabon captain Pierre-Emerick Aubameyang tested positive for Covid-19 on arrival in Cameroon on Thursday, threatening his participation at the Africa ...
Sport
3 weeks ago

Droves of armoured vehicles are patrolling the streets of Limbe in Cameroon's conflict-torn South West Region ahead of the Africa Cup of Nations ...
Sport
3 weeks ago