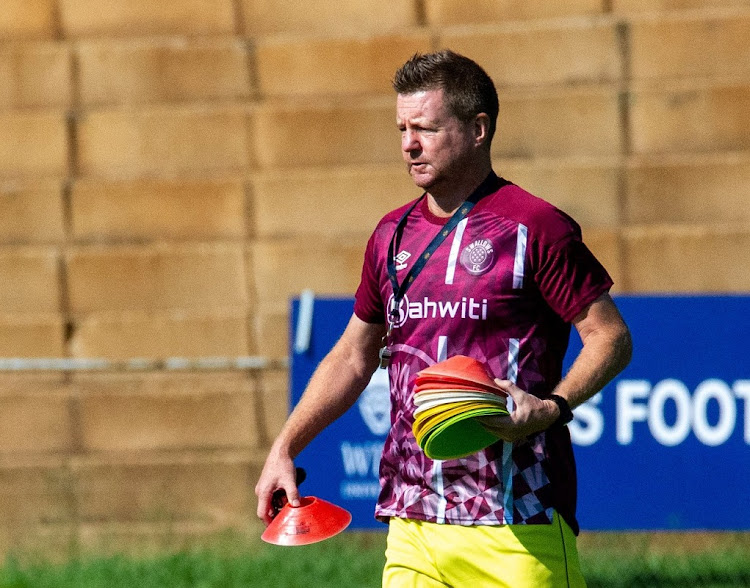 New coach Dylan Kerr has set a target of drastically increasing Swallows FC's goal scoring as one of his main tasks for the second half of the season.

And he is hoping that, to make that mission more attainable, the club will buy one or two more strikers to bolster their attack.

Swallows have the worst scoring record in the league with just nine goals from 18 league games in 2021-22 — a goal every two games. It has left the team just a place above the relegation standings and Kerr concerned with the status of his squad.

“I've got three strikers and one of them, Mwape Musonda, is out of shape. I don't mean that physically, but he is just out of sorts mentally and confidence-wise,” Kerr told TimesLIVE on Friday.

“Ruzaigh Gamildien’s work ethic is good, but is he an out-and-out striker? I don't think so. And I've got Kagiso Malinga, who is just coming back from injury.

“So, I've got 36 players; four goalkeepers and 32 outfield players and only three of them are strikers. That makes it very difficult.

“We’ve got to find someone who we can bring into the squad who's going to help us going forward. We need somebody in and around that penalty area. Then when we go back to training, I've got five weeks to work on the strikers’ movement, and to get Musonda’s confidence back, because you don't become a bad striker overnight.

“And then hopefully by the time we play in the first round of the Nedbank Cup we're all going to be on the same page and we'll all be ready for the league kickoff on February 15, when we go to Stellenbosch.”

Kerr has just one win in his six games in charge since taking over from Brandon Truter at the end of November but he was without a work permit for five of those, frustratingly trying to shout down instructions from the stands.

“Not ideal at all,” was his appraisal. “When you're in the stands no matter how much you shout or try to organise things, it’s hard for the players to hear.”

Even with that situation Kerr admits he has not made the impact he would have liked.

“The next five games are massive, not just for me but for the club. They're absolutely massive.

“For me, they're even bigger because obviously in African football it's a results-based job, and if I'm not getting the results I'll be like Brandon, and management will have to look for another answer.

“But I know what I've got on paper. If I can transfer that on to the field with these players in the next five weeks I don't think there's going to be a doubt that we won't remain in the PSL.”

Six of the 16 top-flight clubs have made coaching changes already this season and it can be expected that there will be more casualties before May’s ...
Sport
1 week ago

Former Bafana Bafana midfielder Maimane Phiri is responding well to treatment and has been able to converse with family members after he was shot ...
Sport
2 weeks ago

SA domestic football has been dominated by Mamelodi Sundowns in 2021 as they romped to the DStv Premiership and MTN8 titles and look odds-on to ...
Sport
2 weeks ago