Burkina Faso into second round after draw with Ethiopia 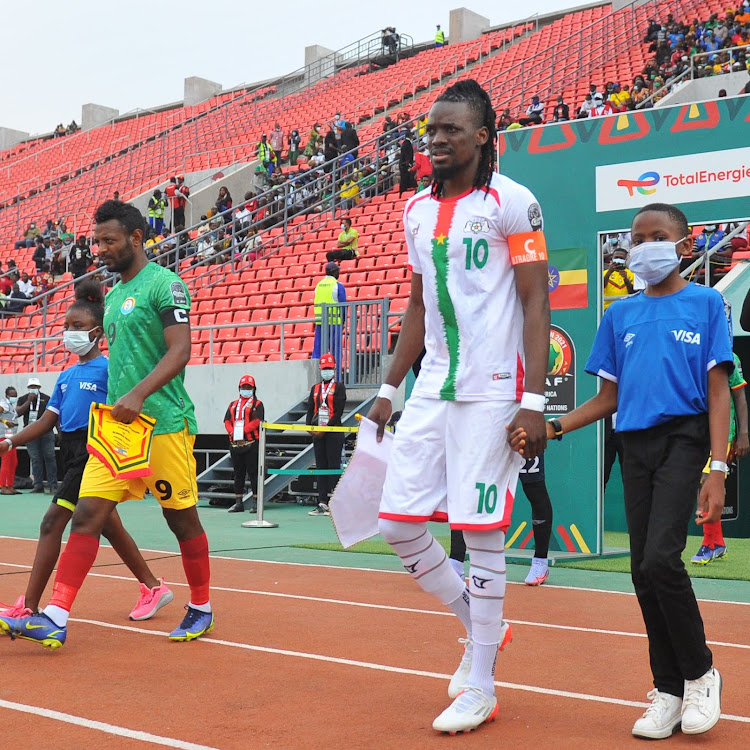 Ethiopia are out of the tournament while the Cape Verde Islands now face an anxious wait to see if they one of the four best third-placed sides to advance.
Image: @CAF_Online/Twitter

Burkina Faso secured a place in the knockout stage at the Africa Cup of Nations after Cyrille Bayala’s first half goal helped them to an uninspiring 1-1 draw with Ethiopia and second place in Group A at the Kouekong Stadium in Bafoussam on Monday.

Bayala netted midway through the opening period but his goal was cancelled out by an 82nd penalty by Ethiopia striker Getaneh Kebede that earned his side their only point of the tournament.

Hosts Cameroon are top with seven points followed on four by Burkina Faso, who edged Cape Verde Islands into third spot on the head-to-head rule.

The latter now face an anxious wait to see if they one of the four best third-placed sides to advance.

Ethiopia are eliminated but will be pleased with a much better defensive performance, while 2013 finalists Burkina Faso have a lot to improve if they are to go deep in the tournament.

Lack of drive, hunger and the shortage of coaches qualified to develop goalkeepers have been cited by two of SA’s legendary goalkeepers as some of ...
Sport
4 months ago