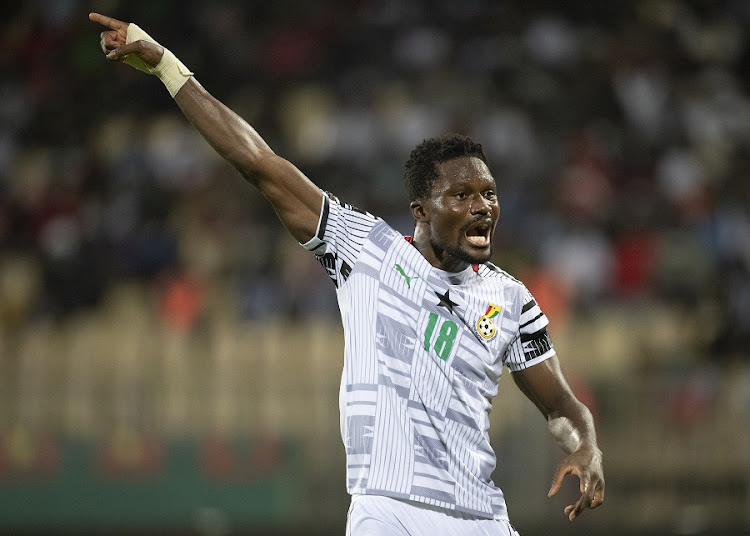 Many SA football fans were in celebration mode on Tuesday after Ghana crashed out of the Africa Cup of Nations (Afcon) with a humiliating 3-2 loss to minnows Comoros Islands.

Comoros, who are making their debut at the competition and lost their first two games of the tournament, went 1-0 up early through El Fardou Ben Mohamed.

It turned from bad to worse for Ghana's Black Stars when striker Dede Ayew was sent off in the 25th minute.

Ahmed Mogni added a second for Comoros just past the hour mark before Ghana rallied a comeback through Richmond Boakye and Alexander Djiku.

But any dreams of a famous victory for Ghana were dashed when Mogni struck again with five minutes left on the clock to write a fairytale finish for the islanders.

There was little support for Ghana in SA after their controversial World Cup qualifiers win over Bafana Bafana last year. Dubious officiating in that match led to suspicions of alleged match-fixing and a feud between the SA Football Association (Safa) and their Ghanaian counterparts.

They were also criticised by Gabon coach Patrick Neveu last week after the Black Stars complained about fair play when their opponents scored a late equaliser while Ghana's Daniel Kofi Kyere was being attended to.

Andre Ayew dismissed Gabon as a “small team” after that match.

Ghana was the top Twitter trend in SA on Tuesday night as many local fans claimed the loss to Comoros was karma. They claimed Ghana had disrespected teams over the last few years and were finally being served humble pie.

Comoros 🇰🇲: Show us who bullied you during the qualifying stage

It when comes to Ghana, South Africans ancestors understood the assignment. Ghana has and must suffer 😂😂🤣🤣🤣🤞🤣 pic.twitter.com/NEgBtj1Bmn

South Africa 😂 check what they are doing to Ghana. Karma is at work. They must lose for what they did to y’all. pic.twitter.com/fqlviZjbiI

Every game Ghana lose, we as South Africa will be there pic.twitter.com/r2W57zSfqc

Our ancestors are working overtime against Ghana. pic.twitter.com/rl5BbdODyH

Ghana can lose, they don’t deserve to be in the tournament anyway; they know what they did to be there. #SSAfcon21 #TeamGhana karma is a b#tch 😂😂😂. Viva #TeamComoros pic.twitter.com/XKmjG66Q2O

3-2 Ghana thought they are going to qualify but the God of South Africa said "they must safa" pic.twitter.com/9xioq8luTw

Hahahaha our ancestors have been working overtime Ghana is out! pic.twitter.com/tc0gL6UssG

Ghana’s elimination from AFCON is only part 1 of the Karma. Part 2 will be them loosing the play offs seeing them not qualify for the World Cup at all🙂 Only then shall the Lords work shall be complete😌 pic.twitter.com/zUQPUnYRx1

Nigeria have a confident swagger but Ghana, VAR have flattered to deceive

Ghana’s Africa Cup of Nations (Afcon) campaign came to a humiliating end on Tuesday as they were beaten 3-2 by debutants Comoros Islands at Garoua's ...
Sport
4 months ago

Zimbabwe play their last game at the Africa Cup of Nations in Yaounde on Tuesday and then head home to an uncertain future, including suspension by ...
Sport
4 months ago