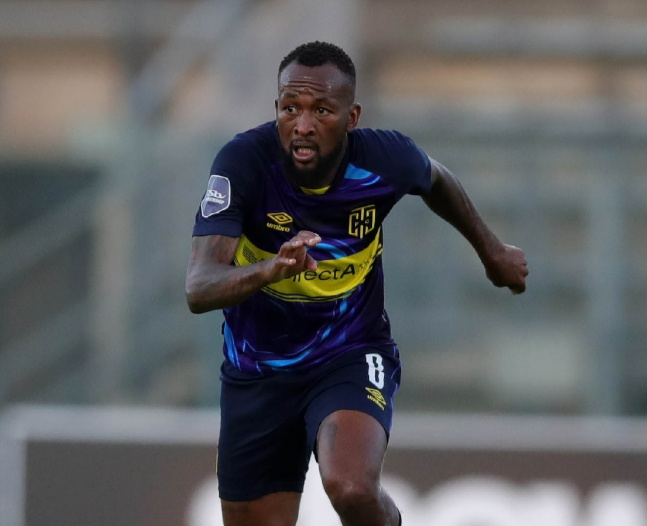 Makola received a six-month suspension, with four of those suspended, from all matters related to football in a disciplinary committee (DC) hearing on Thursday, Premier Soccer League (PSL) prosecutor Zola Majavu said.

Makola was seen to have pushed Baloyi after the cup final at Moses Mabhida Stadium in Durban on October 30.

“Cape Town City FC as the employer, and the club for which Makola played on the day, was fined R200,000, which is fully suspended on condition the same club is not found guilty of a similar misconduct for 24 months,” Majavu said.

“Makola is suspended from participating in any football activities under the auspices of the league or SA Football Association for a period of six months, four months of which are suspended — an effective two-month suspension from February 1 to March 31.”

Orlando Pirates have been told to appear before a disciplinary committee hearing for the incident in which TS Galaxy chair Tim Sukazi was denied ...
Sport
4 months ago

“The balance of the four months are suspended on condition that during the next 18 months he is not found guilty of similar misconduct.

“Both Makola and his club are ordered to pay the costs of the DC.”

This is the second occasion where Makola has been suspended for pushing a match official having committed a similar offence against referee Abongile Tom in a Telkom Knockout game between City and Kaizer Chiefs in 2019.

The midfielder, who came on as a 71st-minute substitute in the MTN8 final, apparently angrily approached Baloyi after the final whistle. At issue was Sundowns goalkeeper Denis Onyango moving off his line during the penalty shoot-out.

In a separate matter, Majavu said Lamontville Golden Arrows had pleaded not guilty on Thursday in a case of fielding an alleged ineligible player, Simo Mbhele, in a number of matches.

“The matter was postponed to next week Wednesday, January 26 to enable Arrows to furnish me, the prosecutor, with a plea explanation,” Majavu said.

“We have both been directed to exchange whatever documents we need to, and when the matter proceeds on the 26th at 6pm we would be proceeding to make legal submissions only.

“Thereafter the DC would deliberate and decide whether the charges proffered by the league have been sustained or proven.

“In the event the charges are proven the matter would proceed to the second phase where an appropriate sanction would be discussed. If the DC found the charges were not proven that would be the end of the matter.”

Arrows face potentially losing points for fielding a player who allegedly did not have an international clearance from Portuguese side 1º Dezembro when he joined the KwaZulu-Natal club.

Cape Town City have been fined R100,000, half of which was suspended, in the disciplinary committee (DC) hearing for the match they played against ...
Sport
4 months ago

New Premier Soccer League (PSL) prosecutor Zola Majavu says he is formulating a plan to alleviate the backlog in disciplinary cases caused by the ...
Sport
4 months ago