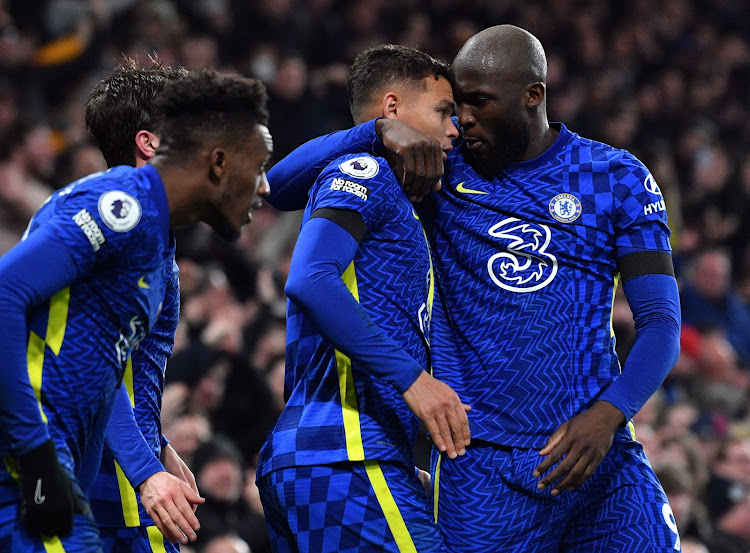 Rudiger, 28, was struck during the second half of Chelsea's 2-0 victory as goals from Hakim Ziyech and Thiago Silva gave them their first league win since December 26.

The incident came a day after Aston Villa pair Lucas Digne, who joined from Everton two weeks ago, and Matty Cash were hit by objects thrown by home supporters at Goodison Park.

Merseyside Police have charged a 19-year-old with assault and throwing an item on the pitch during Everton's 1-0 defeat.

" ... Everybody needs to show respect and behave to certain guidelines, there's no doubt about it," said Tuchel.

"If this is a new trend we need to act together to make sure that it stops as soon as possible, to protect the fantastic environment and unique atmosphere of England."

Sky Sports reported Metropolitan Police had made two arrests and were working to identify anyone else involved in throwing objects during the match.

Captain Youssef Msakni scored with a long-range shot to hand Covid-hit Tunisia an improbable 1-0 win over 10-man Nigeria in Garoua on Sunday to ...
Sport
3 months ago

Burkina Faso held off a gallant rearguard action from 10-man Gabon to advance to the Africa Cup of Nations quarter-finals with a 7-6 victory on ...
Sport
3 months ago

Liverpool had to withstand a spirited second-half fightback from Crystal Palace before emerging with a 3-1 win on Sunday to close the gap on Premier ...
Sport
3 months ago

Africa’s four top players failed to make a mark at the Africa Cup of Nations (Afcon) finals but the start of the knockout rounds on Sunday offers a ...
Sport
3 months ago

Kurt Lentjies has praised the potential of 16-year-old Luphumlo Sifumba, who shot to national prominence with a goal in the 3-0 victory for Coastal ...
Sport
3 months ago