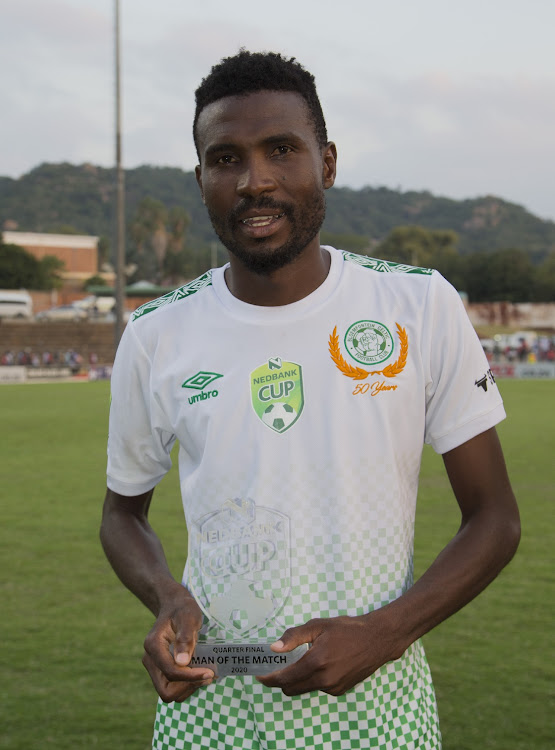 In preparation for what is expected to be a gruelling second round of the DStv Premiership campaign, Maritzburg United have made five signings including former Kaizer Chiefs midfielder Lucky Baloyi.

Also joining the Pietermaritzburg side, who ended the first round sitting fourth from the bottom on the standings, are Tawanda Macheke, Genino Palace, Steven Pereira and Friday Samu.

Maritzburg coach Ernst Middendorp will be hoping that Baloyi, Macheke, Palace, Pereira and Samu help the team to move away from the relegation zone.

When the season resumes after the Africa Cup of Nations (Afcon) in Cameroon, Maritzburg will be under pressure as they are three points adrift of TS Galaxy who are sitting at the foot of the table.

Reacting to the acquisitions, Middendorp said he was satisfied with the type of players the club has brought in to reinforce the squad.

“Palace has made the progress we were expecting while training with the club. We now need to work on his match fitness and hopefully, it doesn't take too long,” said Middendorp.

“Macheke made a good statement since his arrival. He is a forward player who has shown intelligence in game situations. He is hungry, determined to succeed, and hopefully he will be able to assist us to turn our scoring opportunities into goals.

“Steven is a centre back of the Cape Verde national team and he has a strong and athletic personality and he was educated in the Netherlands. Steven suffered an Achilles tendon injury but is now fully recovered.

“Lucky Baloyi is well-known in SA, he is an experienced player with a very professional attitude. He has been the captain in the final years of Bloemfontein Celtic.

“Samu is coming from a team that consistently competes in CAF competitions and we are excited to have him. He's been scoring goals in Zambia and we believe that he will be one of the solutions to our issues of struggling with finishing.

“I am convinced that all the players will have a crucial productive input for us in the remaining matches of the season,” concluded Middendorp.

In their first match of the second round in February, Maritzburg will be at home to SuperSport United at the Harry Gwala Stadium.

Lamontville Golden Arrows will be in the dock with the Premier Soccer League disciplinary committee (DC) next week over allegedly fielding an ...
Sport
6 months ago

Kaizer Chiefs’ matter of their two matches they failed to honour in December due to Covid-19 has gone to arbitration at the SA Football Association ...
Sport
6 months ago

Bafana Bafana defender Siyanda Xulu is discussing a new deal with his Israeli club Hapoel Tel Aviv, but is keeping his options open having entered ...
Sport
6 months ago