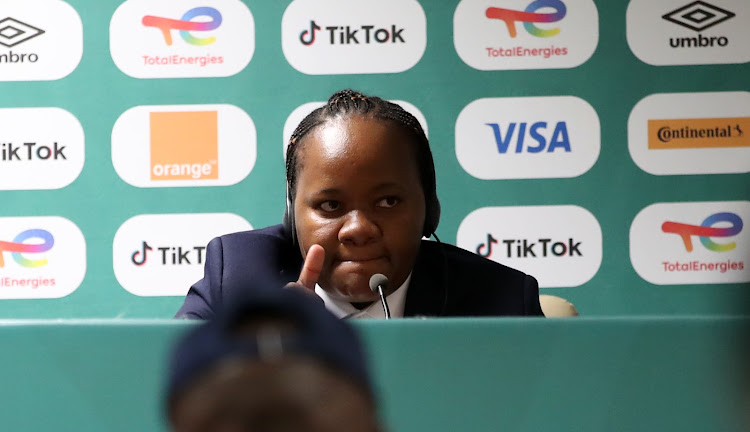 Orlando police have confirmed there will be no further action against Orlando Pirates media officer Thandi Merafe after prosecutors dropped a common assault charge opened against her by her TS Galaxy counterpart Minenhle Mkhize last month.

Merafe was arrested, charged and released on free bail without being detained following a scuffle that involved Galaxy president Tim Sukazi and Pirates’ security personnel before the Buccaneers hosted the Rockets in a Premiership match on December 11.

The brawl, captured on video, broke out after Sukazi was controversially denied entry to the dressing rooms, despite his all-access accreditation card which allows him to do so.

Mkhize alleged Merafe slapped him in the face during a near punch-up and vowed to teach her a lesson and "suffer consequences".

TS Galaxy chairman Tim Sukazi was involved in a fracas at his team's DStv Premiership match against Orlando Pirates at Orlando Stadium on Saturday ...
Sport
5 months ago

Mkhize is particularly bothered that in a country ravaged by gender-based violence, the matter would have received more attention if the tables were turned.

There was a twist, however, earlier this month after it emerged that Pirates counterattacked with their security official known only as “Eugene” pressing an assault case against an unnamed Galaxy staffer.

It was decided both dockets will be looked at by prosecutors on the same day to make a decision on whether to prosecute, call for further investigation or if there is no case that can be successfully prosecuted.

Mkhize and Merafe appear to have kissed and made up.

“Both dockets are closed and finalised,” Nomvula Mbense from Orlando police told TimesLIVE in a text message.

Mkhize and Merafe did not respond to questions sent to them.

There may be no prospect of a successful criminal prosecution but the league's prosecutor Zola Majavu is of the view \there is a misconduct case that someone must answer to.

Orlando Pirates have been told to appear before a disciplinary committee hearing for the incident in which TS Galaxy chair Tim Sukazi was denied ...
Sport
3 months ago

Pirates were charged by the league's disciplinary committee headed by Majavu and will be hauled over the coals at a hearing scheduled for today.

“This is in relation to the misconduct arising from the chairperson of TS Galaxy being denied entry into the [Orlando] stadium,” Majavu told TimesLIVE last week.

The embarrassing incident went viral after Galaxy posted a video of Sukazi being manhandled as he and fellow club officials attempted to push through a door leading into the area where the change rooms and tunnel are.

Sukazi was so frustrated at the time that he implicated the league’s chairperson Irvin Khoza in the episode.

Sukazi on fracas at Pirates game at Orlando Stadium: 'In my view Khoza is implicated'