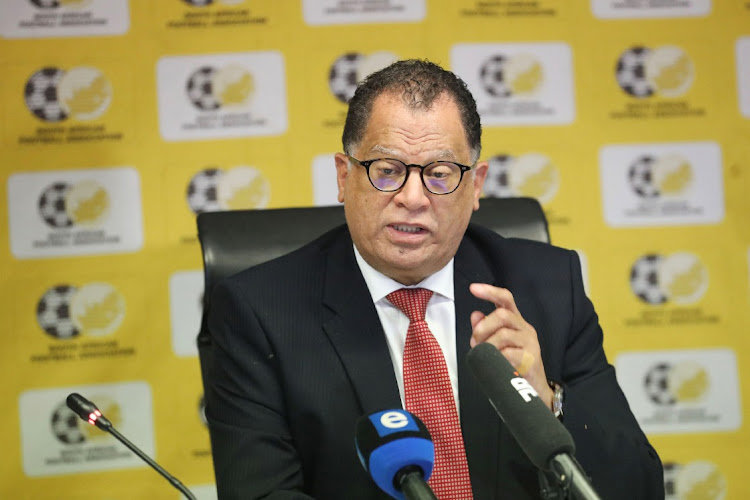 In the PSL, only Mamelodi Sundowns, who are current Caf Women’s Champions League champions, and TS Galaxy have formally recognised women's teams. Bloemfontein Celtic have a women’s team but the men’s team is campaigning in the lower leagues after the club sold their status to Royal AM.

Last year, the Confederation of African Football announced that teams with no women’s sides will not be allowed to participate in continental club competitions from the 2022-2023 season and this will present a serious poser for most of the PSL teams.

“As we said, if our clubs want to be truly global and they want to be compared with the best in the world, then they must look at the models of other clubs around the world,” said Jordaan.

“Some of these teams, their women's sides are playing in the Uefa Women’s Champions League and there is hardly a big club in Europe without both men's and women's teams.

“Therefore, SA clubs must adjust to the developing trend in international football. The good thing is that now in the Sasol play-offs, we have TS Galaxy and Vasco Da Gama there which is a good sign but so we will see.”

Safa have in the past indicated that they will ask for an extension from Caf to allow teams to comply with the requirements.

“The inevitability is that they have to meet those requirements from Caf, it is already 2022 and we must take into account that there were many disruptions to our football.

“So, these things will have to be taken into account. I don’t think any of these clubs would want to just put eleven players on the field for the sake of having a team on the field.

“They would want to include women to make them technically and tactically competitive and be consistent with their own brands as on the men’s side, so one has to understand that.

“Maybe they will need more time to build the kinds of teams that will compliment the brand of their men’s team, so let’s cross the bridge when we get there and we will engage the president of Caf.

“I am the adviser in marketing and competitions at Caf, so I will advise him appropriately.”

Sports minister Nathi Mthethwa agrees with Caf that teams without women’s teams must not be allowed to play in continental club competitions from next season.

“I would like to applaud Caf in relation to their club licensing condition in relation to taking into account the growth of women's football by indicating that all recognised men’s clubs as of this year 2022 would be required to have a female team in its set-up before in order to participate in the CAF Champions League and Confederation Cup,” said Mthethwa while awarding Sundowns Ladies team R1m for winning the Champions League last year.

The players and technical staff of the Mamelodi Sundowns Ladies side will share the R1m windfall received from sports minister Nathi Mthethwa for ...
Sport
4 months ago

The league will discuss the directive at its next committee meeting  in December.
Sport
5 months ago

New Caf Women’s Champions League winners Mamelodi Sundowns received a raucous welcome from an appreciative crowd when they emerged at the arrival ...
Sport
6 months ago