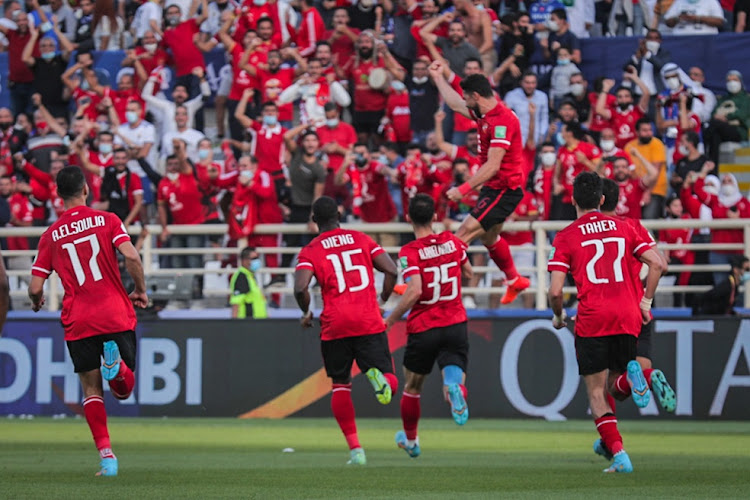 If Pitso Mosimane has indeed been offered the reported R2.5m per month deal to renew his contract with Al Ahly then his team's 4-0 defeat of Al-Hilal in the Fifa Club World Cup third-place playoff on Saturday might have sent a message he is worth even more.

In a highlight of a period of trophy-winning at the Egyptian giants that had already sent Mosimane into the stratosphere of African coaching, his team lifted a significant second bronze medal in succession at FIFA's premier club competition with a resounding display of trademark efficiency.

Ahly grabbed the game against Saudi Arabia's Al-Hilal at Al Nahyan Stadium in Abu Dhabi, United Arab Emirates by the scruff of the neck, and within eight minutes defender Yasser Ibrahim put the Cairo giants ahead. Ibrahim's second came in the 17th. More followed from Ahmed Radwan in the 40th and Amr El Solia in the 64th.

The scoreline suggests a mismatch but the previews had predicted anything but. Asian Football Confederation champions Hilal had enjoyed a good tournament before Saturday's all-Arab playoff.

They thrashed UAE host club Al-Jazira 6-1 in the second round, then even a fresh Chelsea could only beat Hilal 1-0 in the semis.

Mosimane has won an Egyptian Cup, two Caf Champions Leagues and two Caf Super Cups since his bombshell move from Mamelodi Sundowns to Ahly in September 2020.

It is a string of titles that has had him talked of as perhaps the best coach in Africa. Aliou Cisse, who just won the Africa Cup of Nations with Senegal, is probably the South African's closest rival, or vice versa.

The two bronze medals at the Club World Cup — given an African club's relative disadvantages in resources compared to their European, South American and even Asian counterparts — easily rival the titles Mosimane has won at Ahly for prestige.

And this Covid-19-delayed 2021 Club World Cup bronze will go down as perhaps the bigger achievement, even though Ahly beat Brazilian giants Palmeiras on penalties for third place at the 2020 edition.

Against Palmeiras in the semis, in a rematch of the 2020 bronze game, Ahly had received five of their Egypt stars back. But they were in poor physical shape from travel and all four of their knockout matches in Cameroon going to extra time.

Finally Mosimane was able to field a settled line-up in Ahly's third match of the tournament, and that it resulted in such a commanding victory may leave the coach wondering what might have been if he could have done so earlier.

A former Al Ahly legend said the club have offered Pitso Mosimane R2.5m per month in his contract renewal, but whether the Red Devils coach stays on ...
Sport
6 months ago

Pitso after Ahly's defeat to Palmeiras: 'They were fresher, you could see the difference'

Pitso Mosimane was disappointed Al Ahly could not improve on last year's third position with a place in the final after Tuesday night's 2-0 semifinal ...
Sport
6 months ago

"They really did Pitso dirty with this Club World Cup," said one fan.
Sport
6 months ago