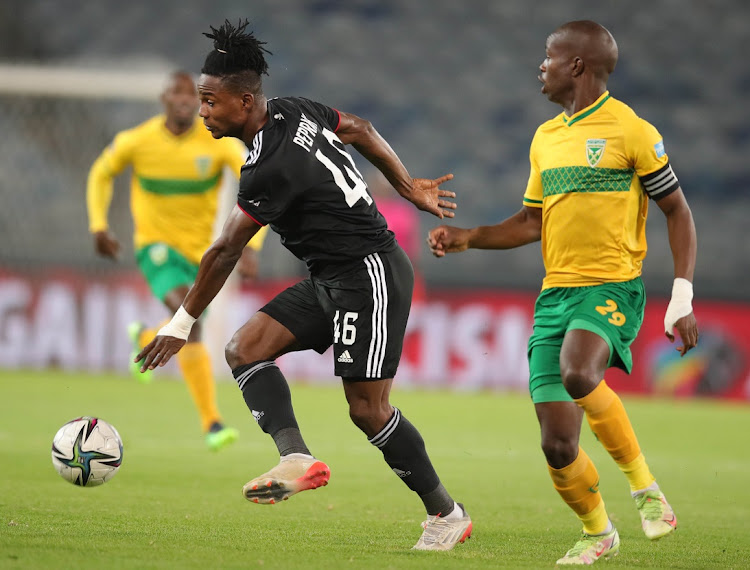 Orlando Pirates expect a tough away match in their second Caf Confederation Cup Group B match against Libya's Al-Ittihad at Martyrs of February Stadium in Benghazi on Sunday.

Bucs co-coach Fadlu Davids said the game should be more difficult for the Soweto giants than their opening 2-0 win against Saoura of Algeria at Orlando Stadium last Sunday.

Pirates have some experience of the venue and its artificial surface, having drawn 0-0 against Al Ahly Benghazi there in the 2020-21 group stage, on their way to a 5-1 aggregate quarterfinal defeat against eventual champions Raja Casablanca.

Davids said Pirates' technical staff were going to study “some matches downloaded and some information from the analysts” on Al-Ittihad ahead of Sunday's clash (kickoff 6pm SA time).

“Definitely a better team so far, if you compare them to Saoura. So really a tough opponent we are going to face,” Bucs' coach said.

“What is familiar is that we play at the same stadium where we played Al Ahly Benghazi last season. So we know where we are going and the artificial pitch we're facing.

“It's just been finalising the details of the team, how they play, how we can approach the game. But it will definitely be a tough game.”

Pirates will aim to improve their spacing from their 0-0 return to DStv Premiership action from the two-month recess against Lamontville Golden Arrows at Orlando on Wednesday.

“Our distances between the striker line, Kwame Peprah, and the players in behind him were a bit too far, and we had to improve that in the second half where we got much more support closer to him,” Davids said of the league stalemate.

“Because he's the striker who pulls two defenders in. We were talking about the spaces between their lines and I think we executed it in the second half — we got some moments in-between their centreback and fullback as we had touched on at halftime.”

Sunday's clash will be Bucs' fourth since their return from the break.

Their first match back was in the Nedbank Cup last-32, where they saw off AmaZulu at Orlando.

Al-Ittihad are based in Tripoli, but their stadium has been damaged in their country's civil war and so they host their Caf matches in the eastern city of Benghazi.

The National Football Supporters' Association hopes to mobilise fans and people from affected industries to turn out in numbers for a march to next ...
Sport
4 months ago

Pirates miss chance to close widening gap between them and Sundowns

Orlando Pirates missed a chance to close the widening gap between them and DStv Premiership runaway leaders Mamelodi Sundowns when they played to 0-0 ...
Sport
4 months ago

Mamelodi Sundowns continue to be the standard bearers for SA teams in the Caf Champions League, and having brought up a new milestone in last ...
Sport
4 months ago

Luvuyo Memela reminded of his acumen in front of goal with a cheeky back-heel as AmaZulu beat Guinea’s Horoya 1-0 at Moses Mabhida Stadium on Friday ...
Sport
4 months ago