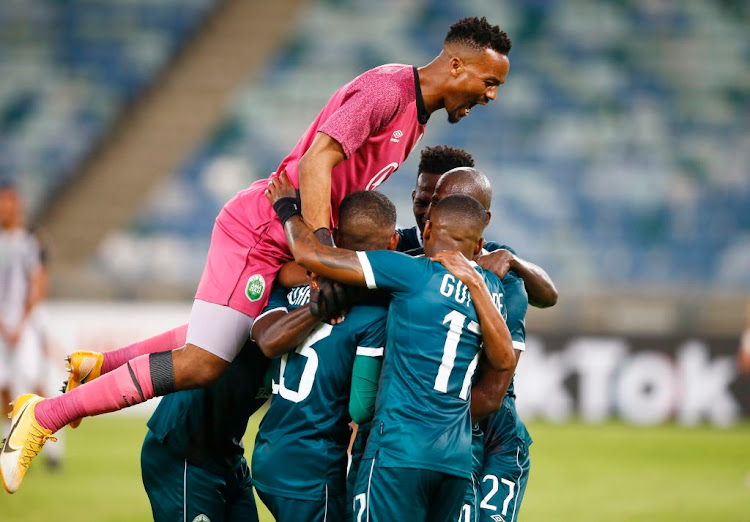 AmaZulu produced a performance of some maturity to win a second home encounter in the African Champions League and, by beating Entente Setif of Algeria 1-0 on Friday, giving themselves a good chance of advancing from Group B to the quarterfinals.

Luvuyo Memela scored for the second successive Friday to ensure a home win and move AmaZulu to six points at the halfway point of the group phase.

They are expected to be in a two-way battle with Setif for the runners-up berth in the group and have laid down a marker with Friday’s victory.

Memela scored the winner with a deflected effort three minutes before halftime as he once again proved the most efficient player in the line-up, but the overall team performance will be pleasing and give Usuthu hope that they can go beyond the group phase, even if they are rookie campaigners.

The match started with one of the worst misses ever seen on a SA football pitch as an early press from AmaZulu caught their opponents napping, putting Augustine Mulenga away on goal with just the keeper to beat. Zakaria Bouhalfaya came flying out of his goal, feet first, allowing Mulenga to sail past him and then only to direct his shot into the net. But somehow he hit it wide — not even close to the side netting but well off target in a horror miss.

It was not clear who was rattled more — AmaZulu or their visitors — as both digested the absurdity of the miss.

But AmaZulu, to their credit, proved stronger in the midfield tussles and threw their weight about as much, if not more, than the North Africans, who looked from early on to intimidate physically but got as good as they dished out.

Maatar Ceesay could have opened the scoring with an 19th minute shot from close-in but rushed his effort, failing to get enough power behind the ball.

Setif had two chances for flying fullback Mohamed Ziti, who was denied on both occasions by AmaZulu goalie Veli Mothwa, before the break but then Memela got his goal to turn the tide firmly in favour of Usuthu.

Benni McCarthy’s charges were full of energy in the second half, helped by the introduction of flying fullback Thembela Sikhakhane.

Siphehele Mthembu did well to create an opening for himself in the 54th minute but fluffed his effort and Sikhakhane cut inside onto his weaker foot one minute later. But he did not have the power to test the visiting keep.

AmaZulu never had any real bother from Setif, who looked largely powder puff but will likely be a much tougher nut to crack away in Algiers when the sides next meet on March 11.

Al Ahly coach Pitso Mosimane has played down the importance of his team's Caf Champions League Group A clash against Mamelodi Sundowns at Al Salam ...
Sport
5 months ago

Uefa has moved this year's Champions League final from St Petersburg to Paris in the wake of Russia's invasion of Ukraine, European soccer's ...
Sport
5 months ago