‘Victory not important against Guinea and France’ – Bafana coach Broos 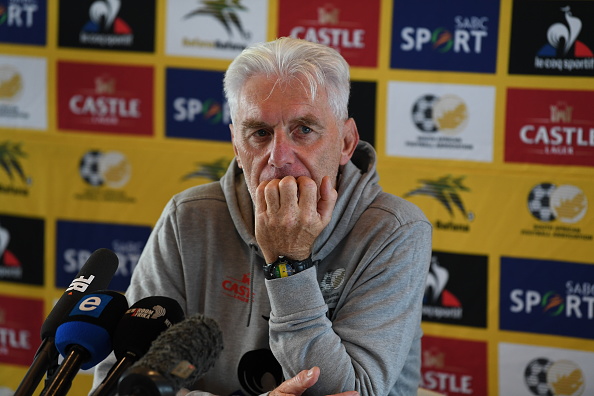 On their European tour, SA will also take on Guinea in Belgium on March 25.

Broos, who announced his 25-man preliminary squad on Tuesday morning, told TimesLIVE that even though victory is not a priority for the team, he wants his players to give a good account of themselves.

“Results in those games against France and Guinea are not important. We don’t have to think about victory against France, we are playing the world champions, but we have to produce a good performance and this is important,” he said.

“Guinea is maybe another story and there we can look a bit more to the results, but even if we lose that game maybe I will be satisfied because I would have seen some things that I wanted to see ahead of the Africa Cup of Nations qualifiers in June.

“In a way, this is more training to see some of the new guys and how are they doing, and that has there been an improvement for us. For the next two games it is to see which new players we can use in June and which players will improve the quality.

“We know that we have young and quality players for the future, this is a good thing. What I want now is to improve the quality of the team and therefore I have seen players who I will select for the next games against France and Guinea.”

With results taking a back seat, Broos said the bigger picture is to prepare for the Nations Cup (Afcon) qualifiers as Bafana have to qualify for the tournament in the Ivory Coast next year.

“I would like to go to the Africa Cup of Nations in the Ivory Coast, we have to be there. SA has to be at Afcon every tournament, there is no excuse.

“SA has to be there every tournament like Cameroon, Senegal, Egypt, Ghana, Nigeria, these top countries are always there and SA will have to be like them also.”

Bafana Bafana coach Hugo Broos has announced his 25-man preliminary squad for the friendly matches against France and Guinea in Belgium and France ...
Sport
5 months ago

Hugo Broos will select the bulk of the Bafana Bafana squad to face France in an international friendly from the three teams participating in the ...
Sport
5 months ago

Hugo Broos has launched an astonishing broadside at the Premier Soccer League for allegedly failing to set up a meeting between the Bafana Bafana ...
Sport
5 months ago