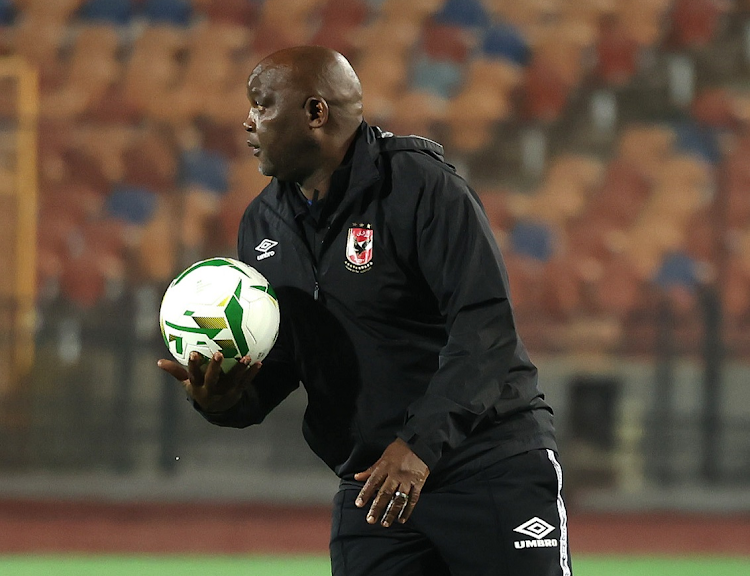 Pitso Mosimane has extended his contract at Egyptian giants Al Ahly SC by two years, the club has announced.

The drawn-out and much-reported on negotiations to keep the highly successful South African at Africa's Club of the 20th Century have been concluded.

Ahly went to the tournament disrupted and initially depleted by Fifa's controversial scheduling clash, and the Cairo club missing six stars still on duty for Egypt in their penalties defeat to Senegal in the Africa Cup of Nations final in Cameroon.

Ahly announced on their website and social media platforms: "Al Ahly SC are delighted to announce that Pitso Mosimane has signed a contract extension with the club for two more years.

"The coach and his assistants signed the new contract, ensuring they will remain at the helm until 2024."

Ahly were travelling to SA on Wednesday for their Caf Champions League Group A clash against Mosimane's former team Mamelodi Sundowns at FNB Stadium on Saturday.

Ex-Bafana Bafana coach Mosimane has won five trophies since his momentous move from Sundowns to the Red Devils in September 2020 - back-to-back Caf Champions League and Caf Super Cup titles, and the 2019-20 Egyptian Cup.

POLL | Could Sundowns go all the way in the Champions League after Al Ahly win?

Is this Champions League winning form or a fluke?
Sport
5 months ago

"Mamelodi Sundowns are a force to be reckoned with," wrote one fan.
Sport
5 months ago