Wasteful Bafana play to a goalless draw with Guinea 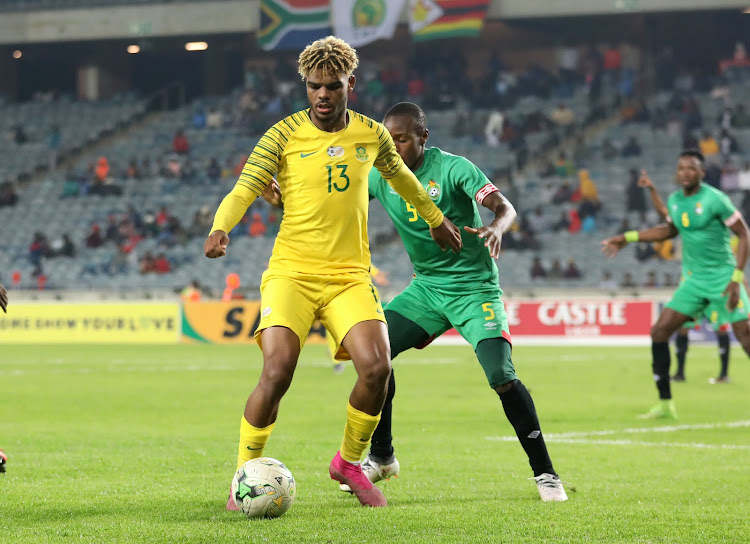 Lyle Foster, seen here in this file picture, was one of the players who wasted numerous good scoring opportunities.
Image: Muzi Ntombela/BackpagePix

Wasteful Bafana Bafana were held to a goalless draw by Guinea during their match at the Guldensporen Stadion in Kortrijk, Belgium, on Friday night.

Bafana should have won the match by more than three goals but they were let down by their finishing.

In the absence of the injured Percy Tau and Bongokuhle Hlongwane, who arrived late in camp, Bafana showed how thin they are in the goal scoring department.

The duo formed a great partnership on the right flank with Mudau at right-back and the Maritzburg-born Shandu at right-wing.

The two players troubled Guinea in both attacks, helping in creating chances and were awesome when it came to defence, interchanging positions beautifully.

SA should have at least gone to the halftime break leading by a big margin as they did everything right except putting the ball at the back of the net.

Thabang Monare was the first to have a chance at goal on nine minutes but his effort was blocked by Guinea’s goalkeeper Ibrahim Kone.

Bafana’s Belgian-based forward Lyle Foster had three good opportunities to put SA ahead between the 11th and 14th minutes, including a one-on-one but the 21-year-old couldn’t convert.

Keagan Dolly and Evidence Makgopa also had their chances but couldn’t beat Kone.

Guinea also had a couple of chances in the opening half, including a dangerous shot inside the box by Amadou Diawara that was blocked by Terrence Mashego after 16 minutes of play.

Bafana skipper on the day and goalkeeper Veli Mothwa was also called into action and he produced a good save to deny Antoine Conte a goal for Guinea inside the first 20 minutes.

Keeping true to his word of giving almost every player in the team a chance, Broos brought in Eathan Brooks and Rushine De Reuck for Mothobi Mvala and Nkosinathi Sibisi respectively early in the second half.

Bafana continued to get more opportunities but kept on failing to put the ball into the net.

Shandu almost had a dream debut when he came up against Kone and seemed to have beaten him but his shot went across the face of the goal on the hour mark.

Athenkosi Mcaba also made his debut from the bench when he replaced Siyanda Xulu.

Victor Letsoalo and Tebogo Mokoena also got a run on from the bench but they couldn’t help Bafana get the better of the West African country.

However, Broos would be happy with the performance of his team, as that was the main goal for him ahead of the game.

Bafana will now play France in Lille on Tuesday night.

SA vs Guinea: Five players who are going to be key for Bafana Bafana

Bafana Bafana start their European series with a clash against Guinea on Friday night in Belgium where coach Hugo Broos has indicated he is going to ...
Sport
4 months ago

For a long time Bafana Bafana haven't had strong opposition to test them but coach Hugo Broos is confident the next two friendly matches against ...
Sport
4 months ago