'Disrespectful' or 'just having a bad game'? — What SA is saying about Ngcobo and Lee Baxter scuffle 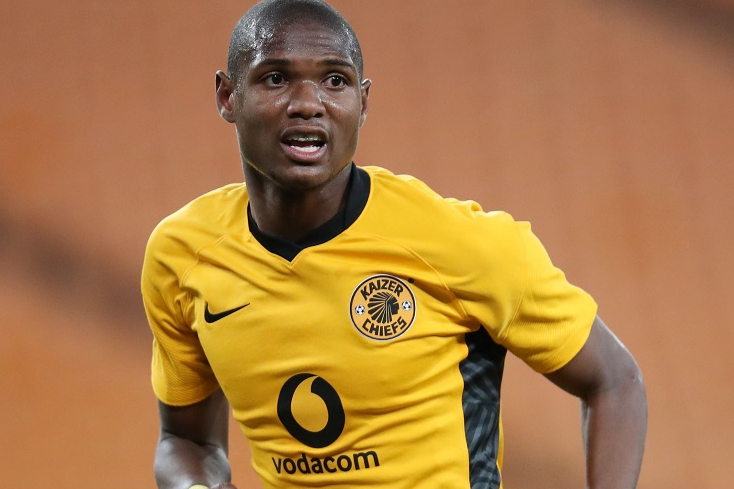 Ngcobo was notably low on confidence in his side's 2-1 loss to Lamontville Golden Arrows in Durban on Wednesday, and his error played a part in Arrows' equaliser

He was hauled off in the 74th minute but was fuming at the decision. He snubbed several handshakes, including from coaches Arthur Zwane and Dillon Shepard.

Baxter was not impressed by Ngcobo's actions and confronted him about it. A small scuffle ensued and the pair were separated by team members.

The incident was caught on camera and soon went viral online.

Njabulo Ngcobo angry after being substituted for making a mistake that led to Golden Arrows equalising.👇#DstvPrem pic.twitter.com/yFW3Rfukaf

Chiefs took an early lead through Khama Billiat in the 18th-minute and held on to their lead going into the halftime break.

Arrows pushed back hard in the second half and got a goal through substitute Siboniso Conco in the 60th after Ngcobo gave the ball away outside his box.

But it was the drama off the pitch that grabbed much of the attention online, with fans weighing in on Ngcobo's attitude when subbed off.

Both Ngcobo and Baxter's names trended on Twitter as some slammed and others defended each man.

Big Defenders in bigger games, even final match games, make mistakes, you don’t sub them, you keep them in the game, hope there is an opportunity to fix it. Ngcobo had not put a foot wrong until that mistake. It rattled him, coaches were supposed to encourage him.
Kaizer Chiefs pic.twitter.com/DjbnMz8w18

If Ngcobo walked off smiling after he had a bad game the same people who are bashing him now would say He is not taking football or the team serious, how can he make a mistake like that and continue with life like nothing happened.. The boy was angry he had a bad game that's all. pic.twitter.com/jQavS6QClp

Ngcobo was disrespectful though, he needs to learn some discipline. https://t.co/JILRwl6h4I

#DStvPrem
Lee Baxter grabs Njabulo, violently by his shirt, Ngcobo coming out from a match where he made a huge blander that led to a goal! He was not in a good frame of mind. Bad reaction it l have a big problem with how he was handled 🙇🏿‍♀️ #Amakhosi4Life #BabizeBonke pic.twitter.com/4Mp1fl0MmI

What was Lee Baxter trying to do here?? 😳 very unprofessional.. pic.twitter.com/dJbSbyZCeI

I'm not a Kaizer Chiefs fan but that stinking attitude of Njabulo Ngcobo after he was subd by coach Zwane sucks man. Kaizer Chiefs management must deal with this boy. No one is bigger than the club. pic.twitter.com/41kt1bZdQX

Njabulo’s behavior was wrong but Lee Baxter worsened the situation. Bully Managers act like this and try to discipline you infront of everyone instead of a one in one situation. Let the young man sit down and convene a private meeting after. pic.twitter.com/9iewWKXhJC

Zwane should have let Ngcobo finish the match and then confront him about his mistakes.

You don't kick the dog when it is already down.

And Yes, Ngcobo's behavior was not it. 💔

Cape Town City are still pondering whether to honour their rescheduled DStv Premiership fixture against Kaizer Chiefs at FNB Stadium (3pm) on ...
Sport
3 months ago

Kaizer Chiefs and their new caretaker coaching duo have their work cut out achieving their target of second place in the DStv Premiership as Amakhosi ...
Sport
3 months ago

Should Amakhosi search for another high-profile coach, or stick with the young duo of Zwane and Sheppard?
Sport
3 months ago