‘It’s not a funeral’: Klopp urges Liverpool to put Spurs draw behind them 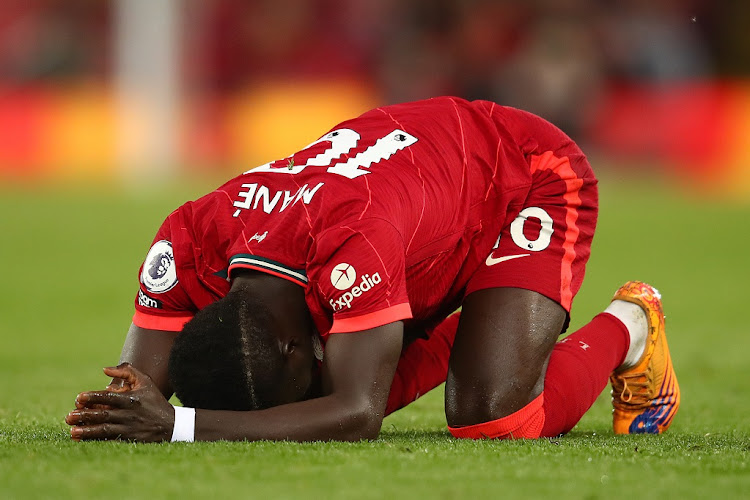 Sadio Mane of Liverpool reacts during the Premier League match against Tottenham Hotspur at Anfield in Liverpool on May 7 2022.
Image: Chris Brunskill/Fantasista/Getty Images

Liverpool manager Juergen Klopp told his side to stop behaving as if they had attended a funeral after a 1-1 draw against Tottenham Hotspur on Saturday dealt a serious blow to their title challenge and handed the advantage to Manchester City.

Luis Diaz rescued a point for Liverpool as they went top of the Premier League on goal difference but City can open a three-point gap with a win against Newcastle United on Sunday.

“First and foremost we should stop behaving like it is a funeral,” Klopp said. “I didn't say that to the boys but it's a little bit the mood here.

“We still talk about football and these kind of things can happen. In my life, much worse things happened and I'm still here.”

The German added that he did not expect champions City to slip up with four matches remaining.

“The only chance we have is if something goes our way. Imagine City lose, I can't see it, but imagine if they do and we lose it [the title] because we don't believe any more. That would be crazy.

“My problem is not City against Newcastle, it is that we play against Aston Villa on Tuesday.”

Liverpool, who have already won the League Cup, are chasing a quadruple of trophies this season after reaching the finals of the FA Cup and Champions League.

A focused Manchester City will channel the pain of their Champions League semifinal defeat by Real Madrid into Sunday’s home game against Newcastle ...
Sport
1 week ago

Real Madrid boss Carlo Ancelotti said he never thought about losing even when his men were on the brink of defeat to Manchester City before making ...
Sport
1 week ago

Liverpool reached the Champions League final with a 3-2 win over Villarreal on Tuesday that secured a 5-2 aggregate victory.
Sport
1 week ago

Liverpool are thriving on the pressure of playing for an unprecedented quadruple and every game feels like a final now, defender Trent ...
Sport
1 week ago