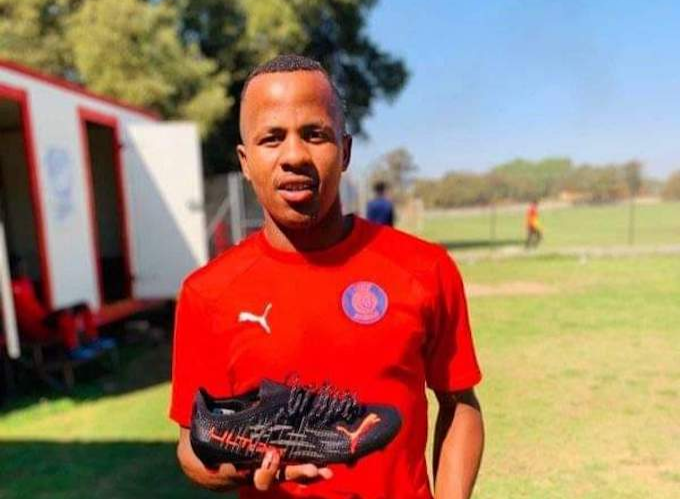 Relegated GladAfrica Championship side Jomo Cosmos have announced that their player Sivuyile Zozi has died.

While the club did not share the cause of death, Ezenkosi said on their official Twitter page that the player died on Wednesday morning at the age of 25.

“The Jomo Cosmos family is in mourning after the loss of one of our players , Sivuyile 'Marcelo' Zozi , who signed with Ezenkosi at the start of the current season,” Cosmos wrote on Wednesday night.

“The club is working closely with his family to ensure that our beloved colleague receives a befitting send-off.”

The Club is working closely with his family to ensure that our beloved colleague receives a befitting send off.

We thank Marcelo for his dedication and service to Ezenkosi .He will be sorely missed by all of us at Ezenkosi.

May his soul rest in peace.#JomoCosmos#Ezenkosi

“We thank Marcelo for his dedication and service to Ezenkosi. He will be sorely missed by all of us at Ezenkosi. May his soul rest in peace.”

Before joining Ezenkosi, the South African midfielder turned out for Eastern Cape side Bizana Pondo Chiefs who were relegated from the second tier to the ABC Motsepe League last season.

Cosmos, mathematically relegated to the third-tier ABC Motsepe League, will play their final game as a professional football club against Pretoria Callies at Lucas Moripe Stadium in Atteridgeville on Sunday (3pm).

Richards Bay FC will have the advantage on the final day of the GladAfrica Championship to take the title and earn automatic promotion to the DStv ...
Sport
2 weeks ago

Kaizer Chiefs caretaker coach Arthur Zwane says Jomo Cosmos's demise as a professional outfit must serve as a stark lesson to other clubs that there ...
Sport
3 weeks ago

Jomo Cosmos may be relegated from the GladAfrica Championship according to the log standings, but there are various protest cases that just might ...
Sport
3 weeks ago

Appearing in a very good spirits despite just being relegated from professional football, Jomo Sono has said he won’t buy a Premier Soccer League ...
Sport
3 weeks ago