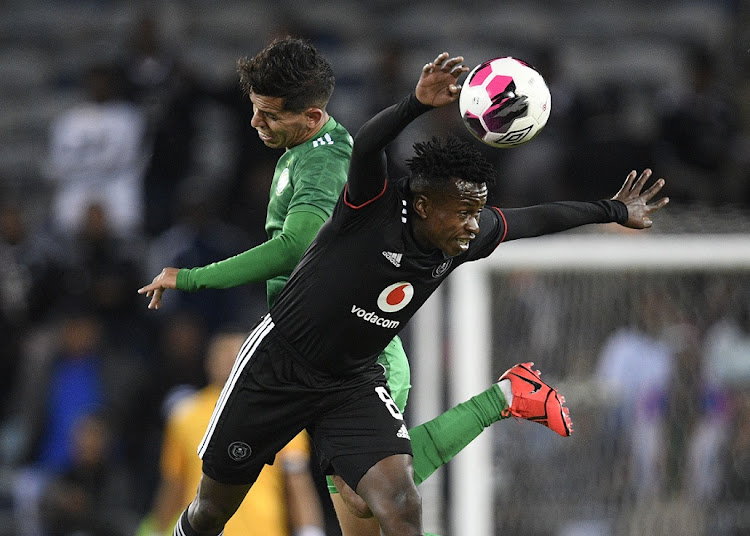 Orlando Pirates have reached their third continental final in a decade and their second in the Caf Confederation Cup, even though Bucs lost 1-0 at home to Al Ahli Tripoli in the second leg of their semifinal on Sunday to progress 2-1 on aggregate.

Bucs did the legwork in the semifinal tie by winning 2-0 in a clinical and forceful first-leg display in Benghazi, Libya last Sunday.

Ahli gave Bucs plenty of scares at Orlando Stadium on Sunday night, but the Libyan club would have applied even more pressure had they taken one of their chances that preceded substitute Ali Arqoub's successful strike in the 89th-minute.

Pirates have less than a week to finalise their preparations and travel plans to Nigeria for Friday night's final at Uyo’s Godswill Akpabio International Stadium.

The SA club will meet one of Democratic Republic of the Congo's TP Mazembe or RS Berkane in the final. Mazembe held just a 1-0 advantage from their Lubumbashi opening leg going into Sunday night's late second game in Morocco.

It might not have been the most convincing second-leg performance, but Pirates’ objective of continuing their quest for continental glory was achieved through the crucial elements of guts and fight and the Ghost — Bucs’ fans — left in full voice.

Pirates, the 1995 Caf Champions Cup winners, lost in the finals in the 2013 Champions League and the 2015 Confed Cup.

Given the game took place on one of the coldest, dampest and gloomiest nights of the highveld autumn, a vocal crowd of some 7,000 Bucs supporters turning out at Orlando was pleasantly surprising and a factor for the Johannesburg side.

Bucs might be pleased, though, to play the final at a neutral venue. They have had a hint of uncertainty, evident again on Sunday night, in their Confed games in Orlando.

In the opening round Pirates drew at home against Congo's Diables Noirs then won 1-0 away. They drew their last group game 0-0 at Orlando against Ahli's Libyan compatriots Al Ittihad. Even against Eswatini's Royal Leopards Pirates won 6-2 away but only 3-0 at home.

Ahli, with their backs to the wall, also produced more bite in their challenges and running than their less convincing display in Benghazi, and had some of their best opportunities in the opening half.

Bucs stepped up a gear in the second 45 minutes but continued to battle to break the north Africans down.

Pirates came out pressing hard for an early goal and from Deon Hotto's free-kick Happy Jele could not connect a sitter.

Ahli grew in boldness. In the 16th Gambian referee Bakary Gassama awarded a penalty when he adjudged Jele to have hand-balled. The decision was overturned by VAR.

Bucs' right-back Abel Mabaso limped off, replaced by Siphesihle Ndlovu, in the 35th.

Pirates came out from the break attempting to dominate more convincingly. Two minutes in Thembinkosi Lorch ran down the middle and passed Kwame Peprah down the right to shoot into the side netting.

Ahli's work-rate and venom in their challenges kept Bucs at bay. The Libyan club got the goal they deserved, and gave Bucs a nerve-jangling injury time, when Arqoub drove a strike from range into the top-left corner.

WATCH | Benni McCarthy on aspirations to coach Chiefs or Pirates

Orlando Pirates, likely finalists in this year's Caf Confederation Cup, will have less than a week to plan and prepare for their trip to Uyo in ...
Sport
1 month ago

The Premier Soccer League (PSL) is set to be forced to abandon the tradition of having the last two rounds of fixtures played at the same time given ...
Sport
1 month ago

Orlando Pirates have a foot in the Caf Confederation Cup final after a polished 2-0 victory in the opening, away leg of their semifinal against Al ...
Sport
1 month ago