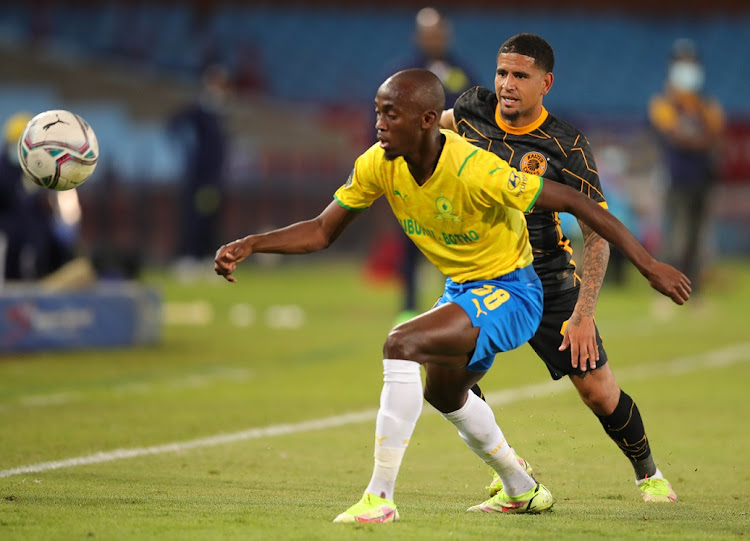 Cape Town City coach Eric Tinkler has bagged the DStv Premiership’s coach of the month award for April, having steered his team to the verge of qualification for next year’s Caf Champions League.

Mamelodi Sundowns’ red-hot scoring machine Peter Shalulile was the obvious choice for player of the month while Kaizer Chiefs’ Keagan Dolly won goal of the month.

“The former Bafana Bafana midfielder led his side to three victories and two draws in five April matches, as City moved up to second on the log standings, giving his side a strong chance of securing a Champions League spot for the first time in the club’s short history,” the PSL said.

CONGRATULATIONS to @KaizerChiefs forward, Keegan Dolly- the #DStvPrem Goal of the Month winner (April 2022) as voted for by YOU on https://t.co/HuozU24RCh pic.twitter.com/1ckIIVX6Q8

“The Citizens kicked off the month with an impressive 5-1 win over Baroka FC, then beat Maritzburg United 1-0 away from home. The two wins were followed by draws with high-flying Royal AM and champions Mamelodi Sundowns. Tinkler’s men closed off April with a 2-1 win away at Kaizer Chiefs.

“Judges were hugely impressed by Tinkler’s resilience and resolve in grinding out results after a difficult time of losing up to four key senior players in the January transfer window.”

The PSL said other contenders for coach of the month were “the Sundowns coaching duo of Manqoba Mngqithi and Rulani Mokwena and John Maduka of Royal AM”.

“This was Tinkler’s fourth monthly award after his first back in 2017.”

The PSL said Shalulile “returned to get another monthly award as he bagged the Premiership player of the month for the same period. The Namibian striker scored six goals in Sundowns’ three outings, which were back-to-back hat-tricks in victories over Swallows FC and Golden Arrows in April.

“Shalulile remains top goalscorer with 22 goals after 29 matches. Other notable performances included the Citizens duo of Craig Martin and Hugo Marquez and Victor Letsoalo of Royal AM.”

Dolly’s goal of the month was for “his free-kick against Chippa United. This is Dolly’s second GOM award of the 2021/2022 season.

“Tinkler and the two players will each receive a trophy and R7,000 courtesy of league sponsors DStv.”

Peter Shalulile deserves the PSL's footballer of the season award and so do his Mamelodi Sundowns teammates Andile Jali and Themba Zwane, Downs ...
Sport
1 month ago

With the DStv Premiership campaign having reached the business end, Cape Town City coach Eric Tinkler says their mission is to push all the way for ...
Sport
2 months ago