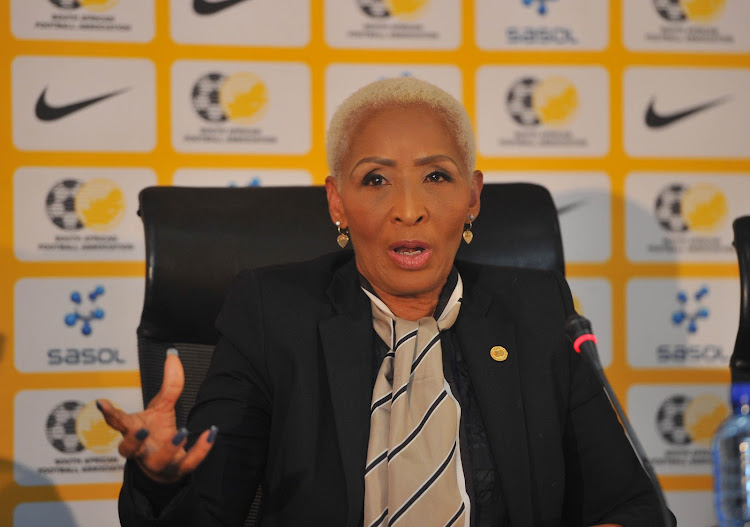 The EFF has pledged the party’s “unequivocal” support for Ria Ledwaba, who is planning to run for SA Football Association (Safa) presidency against incumbent Danny Jordaan.

Ledwaba, Jordaan, Nomsa Mahlangu and Ngoako Mohlabeng are among four known candidates nominated by Safa structures for next month’s presidential elections, but they are waiting to be cleared by Safa’s governance committee.

Last week Ledwaba abandoned her own press conference at the eleventh hour as she had been warned by Safa she faced expulsion or suspension from the race if she addressed the gathering before being cleared as eligible by the committee.

“The EFF states its unequivocal support for Ria Ledwaba who has, despite bullying and intimidation, availed herself for the position of Safa president," the party said.

Messy Safa elections could be derailed

SA Football Association (Safa) elective congress which is scheduled for June 25 could be postponed after some members of the organisation told the ...
Sport
1 month ago

“Born in Medingen, just outside Modjadjiskloof in Limpopo, Ledwaba has a rich history in football, having been the first woman to own a football club popularly known as Ria Stars.

“Ledwaba has exhibited a passion for the development of youth and women’s football, and her tenacity for unearthing youth produced football legends such as Teko Modise and Lucky Lekgwathi and has seen her pioneer initiatives to promote women’s football.

“Safa is an institution that has been characterised by mediocrity and failure, and has been  directionless for more than a decade. There is no progress in grassroots development of football, women remain underpaid compared to their male counterparts and the men’s national team, in particular, does not inspire confidence.

“The election of Ledwaba will be a breath of fresh of air in the footballing fraternity as she will have a meaningful appreciation of the disparity between the development and treatment of female football stars and those who are male.

The SA Football Association (Safa) has dismissed reports it is trying to shackle presidential hopeful Ria Ledwaba from conducting a free and fair ...
Sport
1 month ago

“The attempt at stifling her from engaging the public on the merits of her candidacy is nothing but a patriarchal, politically motivated and shallow campaign by old men who have no meaningful contribution in football administration.

“Safa has an opportunity to transform itself for the better by placing Ledwaba as its president, and allowing her to flood the ranks of the institution with footballing legends who have an experience of football practically.

“The era of using Safa as means to deploy politicians and maintain patronage must come to an end if SA is to genuinely be considered a footballing country.

“In Ledwaba, we are once again presented with an opportunity to promote women leadership.”

Once the pride of the country when they lifted the Africa Cup of Nations (Afcon) in 1996, our national football team has become the laughing stock ...
Opinion & Analysis
1 month ago

The SA Football Association (Safa) has dismissed reports it is trying to shackle presidential hopeful Ria Ledwaba from conducting a free and fair ...
Sport
1 month ago

There was drama and an air of despair when attenhding SA sports dignitaries were informed that SA Football Association (Safa) vice-president Ria ...
Sport
1 month ago