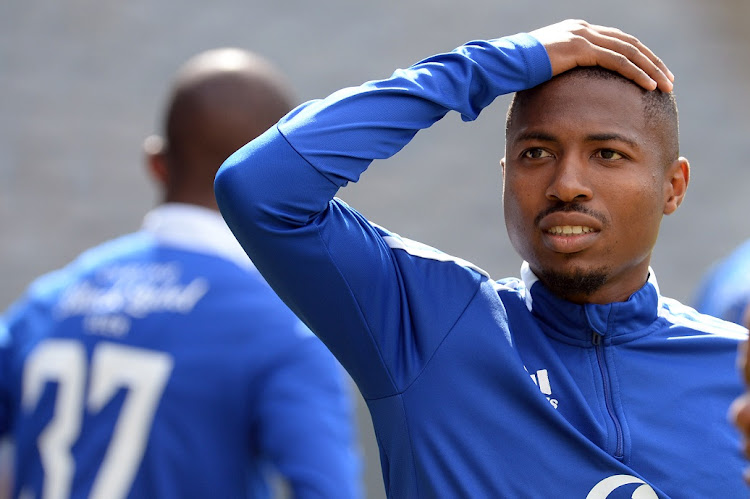 Bandile Shandu of Orlando Pirates at training at Orlando Stadium in Johannesburg on May 17.
Image: Lefty Shivambu/Gallo Images

Orlando Pirates’ Bandile Shandu says there is no better motivation for any player than playing in the final of a continental competition.

Pirates face their biggest challenge yet in the 2021-2022 Caf Confederation Cup when they meet Moroccan outfit RS Berkane, the 2019-2020 winners of the competition, in Friday night’s final in Uyo, Nigeria.

Bucs, the 1995 Caf Champions Cup winners, are likely to have to step up their game if they want to go better than their runners-up positions in the 2013 Caf Champions League and 2015 Confed and bring back a continental trophy on Friday.

Shandu, 27, is a player who knows about stepping up, having improved his game dramatically since signing for the Buccaneers from Maritzburg United in the preseason, becoming a key performer for Pirates.

The right-back, who has been deployed at right midfield recently, believes the occasion a continental final will provide enough motivation for Pirates to step up a gear.

“The occasion itself brings everyone to step up and to

“The occasion itself brings everyone to step up and to bring a bit more than in the previous games. And to win you need to be on top of your game and need to be fully focused and working hard,” Shandu said before the team’s departure for Nigeria on Wednesday morning.

“Playing in the final is an amazing feeling and I think that road to the final tells you how big the occasion is. It is a privilege and I am grateful to be part of this fantastic team.

“It has been a wonderful experience and we are looking forward to the final. I would like to thank my teammates and the technical staff, because they have helped me to settle into the team.”

Orlando Pirates co-coach Fadlu Davids is hoping the neutral venue of Uyo in Nigeria can work to his team’s advantage in Friday night’s Caf ...
Sport
1 month ago

Shandu, who has also been used in central midfield, said he was comfortable playing wherever the coaches deploy him.

“I am comfortable wherever I am needed to play, because the team comes first. I will play any position the team requires me to the best of my ability.

“It is different when you are playing locally, because we know each other and play against each other every week. But in this competition some teams may analyse us, but we improve with each game and we work on our mistakes.”

Shandu is among three players in second place in the 2021-2022 Confed top-scorers’ list on four goals.

“The form I have displayed in the competition goes to my teammates,” he said.

“They have welcomed me very well at the club and what I have been capable of doing is now showing. Nothing beats hard work — you can prepare as hard as you want, but as long as we all bring our A-game we will do well.

“It is a huge privilege to be recognised and Pirates have played a big role in my improvement from the player I was. I am thankful to the club for getting me to the next level.

Berkane might be considered slight favourites for the final. They dismantled the Democratic Republic of Congo’s TP Mazembe 4-2 on aggregate in arguably the tougher semifinal. Pirates beat Libya’s Al Ahli Tripoli 2-1 on aggregate, including a 1-0 defeat in the home leg.

Orlando Pirates were affected psychologically by taking a 2-0 scoreline into their home leg and have many aspects that need improving for the Caf ...
Sport
1 month ago

Orlando Pirates have reached their third continental final in a decade, and their second in the Caf Confederation Cup, even though Bucs lost 1-0 at ...
Sport
1 month ago

Royal AM boss Shauwn “MaMkhize” Mkhize has vowed the club will not add its name to the list of one season wonders.
Sport
1 month ago