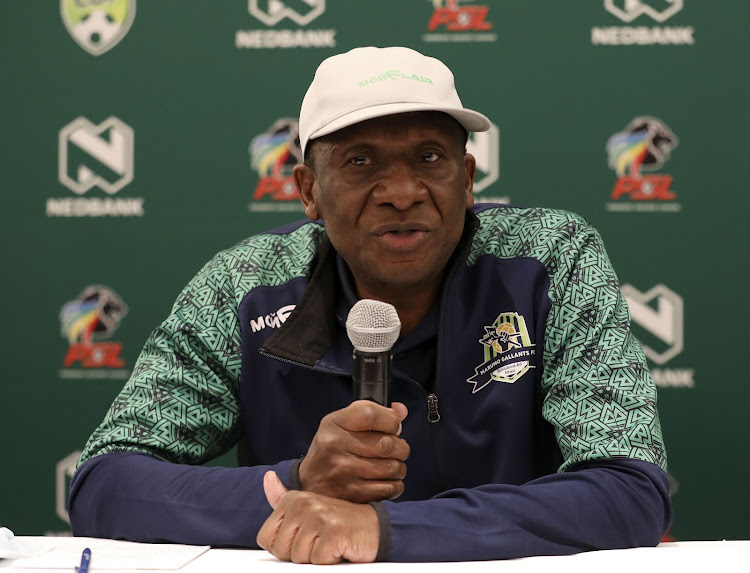 Marumo Gallants have already started planning for the Caf Confederation Cup next season.

Gallants, who finished the DStv Premiership campaign in tenth spot with 34 points, will play in the Confed Cup even if they lose to Mamelodi Sundowns during the Nedbank Cup final on Saturday at the Royal Bafokeng Stadium.

This is because the Brazilians will be playing in the Caf Champions League next season after winning their fifth successive Premier Soccer League (PSL) title.

Gallants had a poor start to the season under former coach Sébastien Migné, but he was replaced by Dan “Dance” Malesela who won this tournament with TS Galaxy when they stunned overwhelming favourites Kaizer Chiefs in 2019.

Malesela has lost just three of the 22 Nedbank Cup games he has taken charge of as a coach. He has coached in four semifinals and missed out on the chance to make it five when he left Chippa United, having guided them to that stage in 2021.

Winning the Nedbank Cup comes with a ticket to the Confederation Cup and Gallants technical director Harris Choeu said they are already preparing for the tournament.

“Fortunately, we have walked this route before. This season we went to play in the Caf Confed Cup against experienced continental sides like TP Mazembe and AS Vita Club and most of these players have got the experience.

“Playing teams like TP Mazembe, AS Vita and those teams, I think our team found it easier and those games were not like the local games. It is just that we didn’t get the end result of progress to the later stages of the tournament.

“Now we understand and preparations are ready for Caf and we are trying to get a few players to beef up the team.”

Sundowns' Mngqithi: Gallants have ‘one of the most dynamic midfields in SA’

Choeu said they have decided on the issue of bonuses and the players are fully focused on the match.

“When you talk about money, there will be conflicts and arguments, but everything is sorted. Players are comfortable with the arrangements of remuneration, they are happy about that.

“We don’t want to dwell too much on this issue of remuneration because if you talk too much about money before a game of this magnitude it can affect you, but we are happy that is done.”

Mngqithi not happy about Sundowns being favourites for final

Mamelodi Sundowns coach Manqoba Mngqithi is holding thumbs that all his players who had flu at the weekend will recover in time for the Nedbank Cup ...
Sport
1 month ago

Before the dawn: how Chiefs and Pirates can reawaken the giants

In a dramatic day which was supposed to see the curtain fall down on the DStv Premiership 2021-2022, Baroka FC were relegated to National First ...
Sport
1 month ago