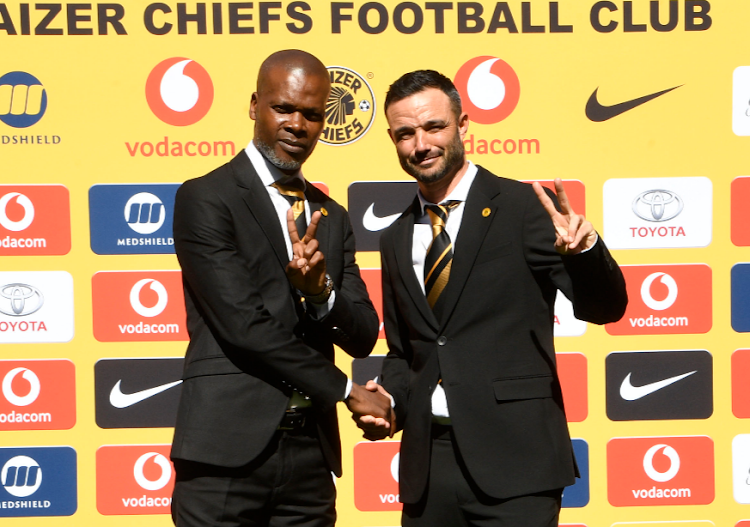 Kaizer Chiefs fans have rolled out the red carpet for Arthur Zwane after his appointment as head coach of the club.

Zwane, who signed a three-year deal with Amakhosi, replaces Stuart Baxter, who parted ways with the club in April. He will be assisted by Dillon Sheppard.

The club said, given Zwane's impressive 22 years of service, he is as steeped in the traditions and culture of Kaizer Chiefs as one can be.

He enjoyed an illustrious career as a skilful winger, amassing 32 goals in 252 appearances in all games for Amakhosi.

Between his arrival in 2000 and his retirement as a player a decade later, he helped the club win 12 major trophies, including the CAF Cup Winners Cup, two league titles, the MTN8, Coca-Cola Cup, Absa Cup, BP Top8 and the Telkom Knockout.

“We would like to take this opportunity and congratulate coach Arthur Zwane for this big appointment. The plan we have been working on for many years of appointing Arthur as our head coach has come to fruition,” said Kaizer Chiefs chairman Kaizer Motaung,

“After seeing his passion for the game and his willingness to learn, we have been looking to bring him through to lead the senior when the time is right and we believe that time is now.

“We are also grateful that he has been patient and continued to work hard to advance his coaching skills and abilities by educating himself, which is key in the modern game.”

Zwane and his technical team will start their duties immediately to plan for the new season.

Here is a snapshot of what they had to say.

Congratulation to Arthur Zwane on his appointment as the Kaizer Chiefs Head Coach for the next three years. All the best @KaizerChiefs We are inspired by the trust invested to product of Amakhosi themselves. pic.twitter.com/JIn6BypZjS

I wish to take this time to congratulate Arthur Zwane on his appointment as Kaizer Chiefs Head Coach. I wish him all the best on his new journey. Thank you @KaizerChiefs for believing in our local coaches.

I really think people who say Arthur Zwane is not ready are lying to themselves.

They should rather say they're not not ready to support him than to say Mjita is not ready to coach KC ....... pic.twitter.com/9z8Yas7mcT

When I was coaching the U23 Orlando Pirates Team, Arthur Zwane’s Chiefs team was without a doubt the hardest game we played. They were one of the only teams to attack with the intent of dominating the game. All the best to Arthur and Dillon.

Congratulations to Arthur Zwane for being appointed as the Kaizer Chiefs Head Coach, ours will be to support him.

No one can tell me Kaizer Chiefs management don't listen to supporters no more. We asked for a CEO or a similar position, they created Sporting Director. We told them to get Gavin Hunt, then Stuart Baxter, they did, regardless of how things went. We said Arthur Zwane, they did... pic.twitter.com/r2BVdDO4bI

Arthur Zwane has promised not to be a “Hitler” as Kaizer Chiefs new full-time coach while he spearheads the mission to bring back happy days to ...
Sport
1 month ago

Kaizer Chiefs' football manager Bobby Motaung has revealed the “clear mandate” that has been given to the club’s new head coach Arthur Zwane and his ...
Sport
1 month ago

Club owners must make up their minds. Do they want instant short-term results or continued long-term success?
Sport
1 month ago