Pirates legends not surprised by Davids parting ways with the club 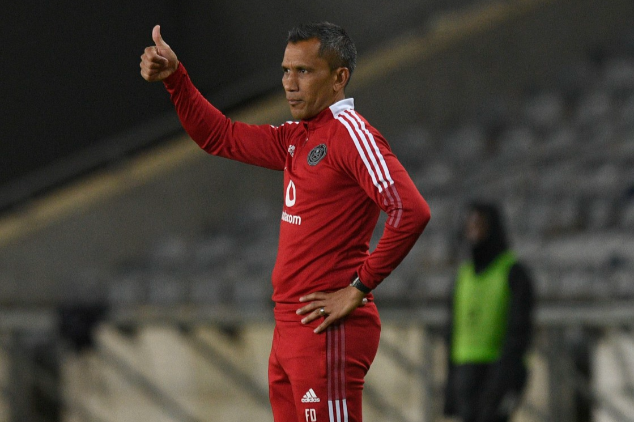 Former Orlando Pirates players Tonic Chabalala and Edward “Magents” Motale are not surprised that the club has parted ways with co-coach Fadlu Davids after an underwhelming season.

Pirates confirmed on Friday that the former Maritzburg United striker and later coach has left the Sea Robbers ship.

Davids was in charge of Pirates together with Mandla Ncikazi after the sacking of Joseph Zinnbauer early last season.

Motale said he believed the relationship between Pirates and Davids was bound to end as he had not done much to better the side.

“His departure doesn’t come as a surprise at all for me because in all the seasons (as an assistant and co-coach) that he has been with Pirates he has not done much to help them improve,” Motale said.

“I don’t think there’s a lot of good that has come from his contribution as a member of the technical team.”

Thembinkosi Lorch: ‘My Bafana call-up was a bit too soon’

Orlando Pirates attacking midfielder Thembinkosi Lorch says he did not expect to be called up to the Bafana Bafana squad so soon after enduring one ...
Sport
2 months ago

Chabalala, who is not a fan of the co-coaching situation, feels this is what Pirates needed to move in the right direction.

“This is good news. That’s what I’ve been saying, that you can’t have two coaches,” Chabalala said.

“It’s a no, no for me. You need to have someone who is going to take a decision on what needs to happen with the team and not two people pulling in different directions.

“If Mandla stays, he will be able to take the responsibility of everything that is happening with regards to the team. If they give him a chance (Mandla), he will need a lot of support because if you don’t have the support you can’t go anywhere.”

It’s not clear if Ncikazi will follow Davids or the club will bring someone in to work with him.

“The person who is going to replace Fadlu has to be someone who has a plan to bring change to the team and not just be there for the sake of it. He must be able to push the team to the direction that it needs to take right now,” Motale said.

Despite Pirates finishing runners-up in the Caf Confederation Cup this year, they ended the season in position 6 in the DStv Premiership.

Steve Barker and Hugo Marques of Stellenbosch were named DStv Premiership coach and player for May with Thabo Matlaba of Royal AM walking away with ...
Sport
2 months ago

Jeremy Brockie shoots his shot at Kaizer Chiefs after clear-out

Do Chiefs need a 'sniper' up front?
Sport
2 months ago

"At this rate even us fans are not safe from the cleaning. Kaizer Chiefs will end up releasing their fans too," wrote one social media user.
Sport
2 months ago