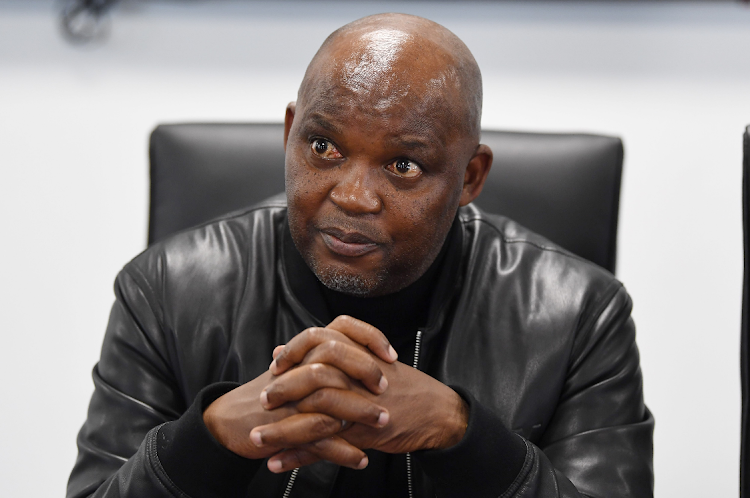 Pitso Mosimane has called on the Confederation of African Football (Caf) to relieve clubs on the continent of the burden of being beaten through the away-goal rule in the two interclub competitions, the Caf Champions League and Confederation Cup.

Europe has led the way in abolishing the away-goal rule in their competitions, with last season’s competitions being the first to be played without it.

Mosimane, the coach of Egyptian giants Al Ahly, said it was time Caf follows suit. The coach believes ending the rule will enhance the game in Africa as teams tend to not give their all when they have managed to score away and are playing the second match at home with the score at 1-1, for instance.

“You know why I would to scratch the away-goal rule — it means it opens the game,” Mosimane said.

“So you can't say you're 1-0 up and now people are parking the bus  and then you see the ball boys disappear, that's stupid. I mean, African football guys.

Pitso: ‘If you play at a neutral ground you can talk about winning or losing’

"[Scrapping the rule] will help in that space and will open up games. We'll all play because there will be nothing like when I'm playing at home and I have a chance if I score one away. I think it's a good thing [to end the rule], I'd like that.”

Mosimane is pleased Caf is using video assistant referee (VAR) but he would prefer to see it used throughout the competitions not when team reach the group stages as it happened last season.

“VAR helps a lot. You know how many times VAR has been against me? They cancel my goals every day, they cancelled three goals at Setif [in the Champions League semifinals],” he said.

“I said, 'Guys...' But when you look [at VAR], they're right.  I also benefited through VAR. The guy [Setif player] kicked my guy off the ball and we didn't see it, but the referee gave the red card. So you see it works.”

Mosimane is hoping to win the league in Egypt for the first time with Ahly after failing in the past two seasons.

“We have the chance to win the league if you look at the log. We're forever five or six games behind because of the Club World Cup and Champions League. But if we win our next three games we should be topping the log. But you have to win them first.

“I would like to win the league there. Pyramids were leading but they're faltering. Zamalek are not at their best at this time — it's a good chance for us. Zamalek were good last year.”

Third-placed Ahly, seven points behind leaders and bitter Cairo rivals Zamalek but with four games in hand, host Eastern Company in Cairo in their next league match on June 15.

'Where are the white boys in the PSL?' asks Ahly coach Pitso Mosimane

SA’s most successful coach Pitso Mosimane is worried about the lack of white players in the Premier Soccer League and Bafana Bafana.
Sport
2 months ago

Outspoken Al Ahly coach Pitso Mosimane has taken a swipe at the Caf leadership for the myriad challenges that are derailing the game on the ...
Sport
2 months ago