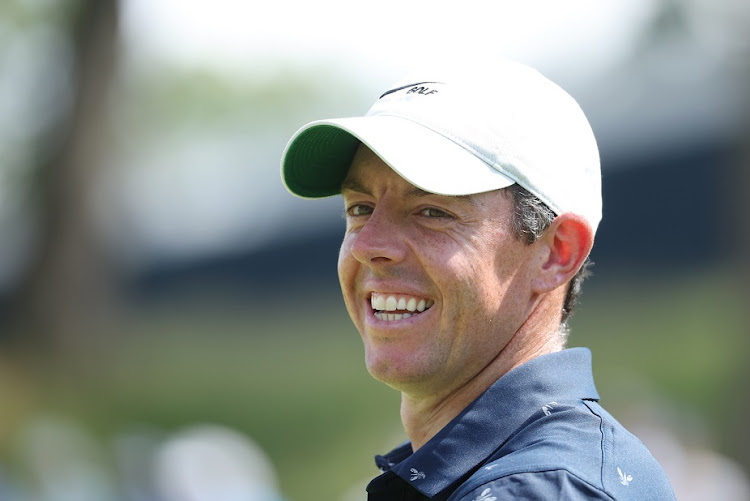 Rory McIlroy of Northern Ireland during a practice round prior to the 2022 US Open at The Country Club in Brookline, Massachusetts on June 13 2022.
Image: Warren Little/Getty Images

Rory McIlroy is riding a wave of momentum — and support — heading into this week's US Open at The Country Club in Brookline, Massachusetts.

McIlroy is coming off a victory at the RBC Canadian Open. It was the Northern Irishman's first successful title defence on the PGA Tour and launched him to No. 3 in the Official World Golf Ranking — the highest he has been since after the 2020 PGA Championship.

It was a breakthrough after several months of quality golf that saw McIlroy post four top-10 results in his past five starts and six in 11 worldwide starts this season.

McIlroy, who won the US Open in 2011, is seeking his first major title since the 2014 PGA Championship. He is the +1000 favorite to win this week at DraftKings and is being offered at +1100 by BetMGM.

World No. 1 Scottie Scheffler has been the most popular wager at BetMGM, where he has been backed by 6.6 percent of the total bets and 9.4 percent of the handle as his odds have shortened to +1400. That far out-paces Zalatoris, who has been supported by 5.4 and 4.1 percent of the action, respectively, at +2500.

Reigning U.S. Open champion Jon Rahm enters the week ranked second in the world and with a victory earlier this year in Mexico. He's being offered at +1200 at DraftKings and +1400 at BetMGM, where he opened as the +1000 favourite.

South Africa's Charl Schwartzel held off compatriot Hennie Du Plessis to claim the biggest pay cheque in golf history at the opening event of the LIV ...
Sport
3 weeks ago

DAVID ISAACSON | Money may not buy class, but it can certainly attract sportsmen

Justin Thomas capped a breathtaking comeback by beating Will Zalatoris in a three-hole playoff to win the PGA Championship on Sunday after Chile's ...
Sport
1 month ago