WATCH | Was Ngcobo’s Goal of the Season for Chiefs better than Justin Shonga’s bicycle kick? 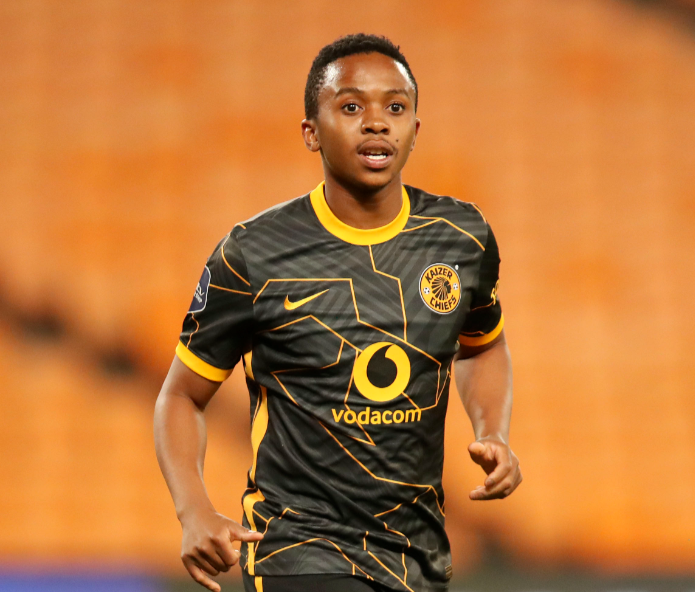 Nkosingiphile Ngcobo of Kaizer Chiefs during the DStv Premiership 2021/2022 match between Chiefs and Golden Arrows at the FNB Stadium on March 19 2022.
Image: Muzi Ntombela/BackpagePix

Kaizer Chiefs' Nkosingiphile “Mshini” Ngcobo may have won the 2021/2021 PSL Goal of the Season award, but it remains debatable why Justin Shonga’s incredible overhead bicycle kick against Stellenbosch was not even nominated.

Royal AM’s Thabo Matlaba’s goal against Orlando Pirates was top drawer material that could have been considered better than Ngcobo’s goal.

Ngcobo’s beauty against Sekhukhune United was magnificently taken, he was composed, he looked at the gap and fired home from a long distance, giving the goalkeeper no chance.

It’s probably the youngster’s best goal since he joined Amakhosi, but Shonga’s acrobatic goal could even find its way into the Fifa Puskas Awards.

The 2021/22 #DStvPrem Goal of the Season Winner announcement LIVE on @SuperSportTV PSL Channel (202).

Thank you for participating in the voting process throughout the season. pic.twitter.com/DqAUkLyZjL

The same happened in 2017 when Baroka goalkeeper Oscarine Masuluke found himself alongside Arsenal’s Olivier Giroud in 2017 when the two went head-to-head  for Goal of the Year.

Masuluke scored what was one of the best goals in the history of football against Orlando Pirates. The goal was nominated by Fifa even though Siphiwe “Shabba” Tshabalala pipped him in the PSL awards.

The famous Giroud won the accolade because of the voting system and the French international star conceded at the time that Masuluke’s goal was by far the best.

Top athlete Usain Bolt and even Cristiano “CR7” Ronaldo, who sat alongside Masuluke, gave the Giyani-born shot-stopper the thumbs up.

A definite goal of the season contender from Justin Shonga 🎯

The Zambian with a stunning acrobatic goal 🔥

The PSL shortlist was decided from goals chosen Goal of the Month from when the league season started in August and the winners were as follows: (August/September) Orlando Pirates’ Deon Hotto’s marvellous free-kick against Stellenbosch, (October/November) it was Amakhosi’s Keagan Dolly’s goal against Chippa United, (December) Chiefs’ Nkosingiphile Ngcobo’s goal against Sekhukhune United was billed as the best goal of the season.

For February/March, Reeve Frosler’s thunderbolt against Orlando Pirates in the Soweto derby was given the heads up, (April) Dolly was again in the thick of things with his sublime free-kick against Chippa.

(May) Royal AM defender Thabo Matlaba’s swerving sweet strike against Orlando Pirates was undoubtedly one of the most amazing goals this season.

Peter Shalulile deserves the PSL's footballer of the season award and so do his Mamelodi Sundowns teammates Andile Jali and Themba Zwane, Downs ...
Sport
1 month ago

At the end of a week where their fierce rivals Mamelodi Sundwns wrapped up their unprecedented fifth successive Premier Soccer League title, Kaizer ...
Sport
2 months ago

At the end of a week in which their fierce rivals Mamelodi Sundowns wrapped up their unprecedented fifth successive Premier Soccer League (PSL) ...
Sport
2 months ago