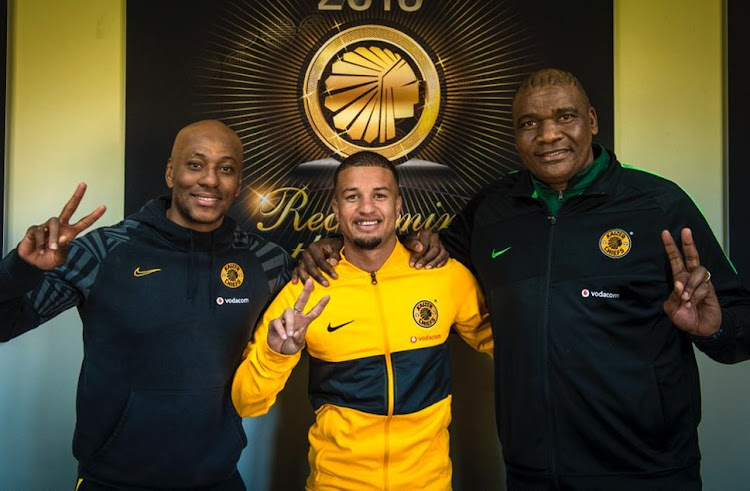 The acquisition of Maart follows the announcement of four signings and a promoted player on Monday.

The 26-year-old central midfielder has impressed for the national team since being called into Bafana by coach Hugo Broos last year.

“Kaizer Chiefs have signed Yusuf Moegamat Maart on a three-year deal with a two-year option,” the club said.

We have a new Glamour Boy! We officially welcome Yusuf Moegamat Maart to the Amakhosi Family on a three-year deal with a two-year option.

We look forward to working with you Khosi!

“Maart arrives from Sekhukhune FC where he spent two seasons in the GladAfrica Championship and DStv Premiership. He played a total of 29 matches in the season that has just ended and scored three goals for Babina Noko.

“The midfielder’s club performances have earned him nine national team call-ups between 2021 and 2022, and he is now a regular in the Bafana Bafana set-up.

“Maart will join the team for preseason training this week.”

Chiefs are in a huge rebuilding effort after 2021-22 was their seventh season without silverware.

They announced two more players who were released on Monday — defenders Ramahlwe Mphahlele and Siphosakhe Ntiya-Ntiya.

Kaizer Chiefs have confirmed the signings of four new players and a senior contract for a talented youngster from their reserve team.
Sport
1 week ago

With the PSL pulling the Telkom rug out from under it, Panyaza Lesufi says hard work is needed to attract a sponsor
Sport
1 week ago

WATCH | Was Ngcobo’s Goal of the Season for Chiefs better than Justin Shonga’s bicycle kick?

Kaizer Chiefs' Nkosingiphile “Mshini” Ngcobo may have won the 2021/2021 PSL Goal of the Season, but it remains debatable why Justin Shonga’s ...
Sport
1 week ago