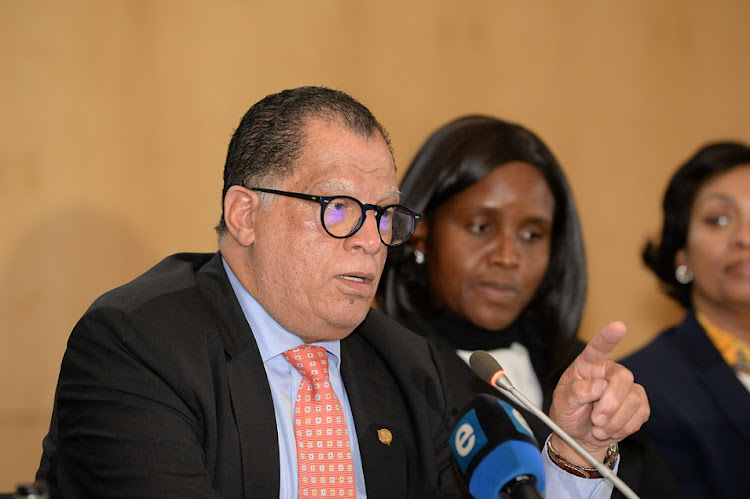 The elections took place at a Safa elective congress at the Sandton Convention Centre in Johannesburg on Saturday.

TimesLIVE has learnt that Jordaan received 186 votes to secure his third term of office, while Ledwaba got 27 and Mohlabeng managed just eight votes.

The outcome of the voting has still to be officially confirmed by Safa.

The elections took place while about 50 of Ledwaba’s supporters picketed outside the venue.

TimesLIVE has learnt that former Bafana Bafana coach Shakes Mashaba was forced out of the election room after he gatecrashed the event and demanded to be allowed to speak.

SA Football Association (Safa) CEO Tebogo Motlanthe has revealed that two members, who he did not identify, have received death threats.
Sport
1 month ago

The SA Football Association (Safa) elective congress is set to go ahead on Saturday after another attempt to stop it was dismissed by the Pretoria ...
Sport
1 month ago

PSL yet to decide on unvaccinated and unmasked spectators at stadiums

The Premier Soccer League is yet to decide whether it will allow unvaccinated and unmasked fans at stadiums following government’s decision to repeal ...
Sport
1 month ago