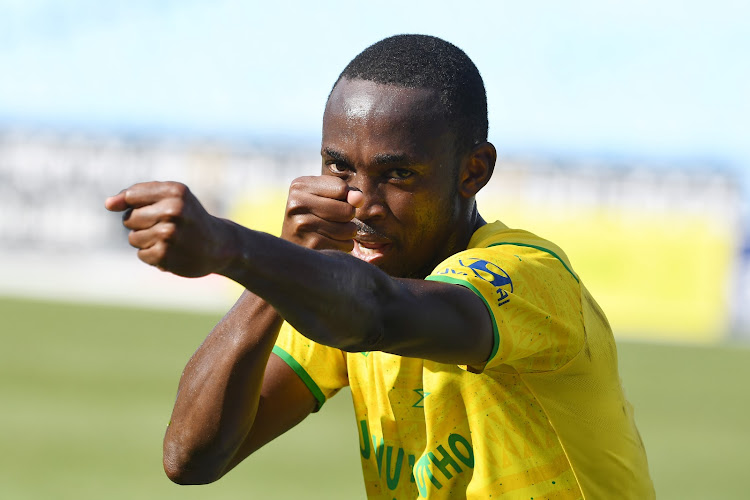 Sundowns have been inundated with offers, mostly from outside SA, for the 28-year-old Namibian attacker because of the splendid season he had.

Shalulile, who scored an impressive 23 goals in the DStv Premiership, was a key player in Sundowns’ dominance in 2021-2022 that saw them make a clean sweep of domestic trophies. His exploits in front of goal helped Downs win the league, Nedbank Cup and MTN8, and invited suitors for the player.

Irvin Khoza has urged football clubs to recognise that whoever replaces him as chair of the Premier Soccer League should be versed in the value chain ...
Sport
1 month ago

Speaking at the launch of the Prince Mangosuthu Legacy Cup preseason tournament in Durban on Wednesday, Mngqithi said Sundowns had taken a decision on Shalulile.

“He is not going anywhere,” Mngqithi said as he confirmed Shalulile is in favour of staying put.

The decision made it easy for Downs to fend off offers that come for the Namibian.

“He is definitely happy to be with us at Sundowns. It was not difficult to keep him at the club because Peter loves Sundowns and he wants to be here.”

The club will prepare for the 2022-2023 season looking to defend their three trophies with their participation in the Legacy Cup on July 23 in Ulundi, Northern KwaZulu-Natal.

Sundowns, who won the preseason tourney in 2018, will play the Legacy Cup semifinal against Premiership rookies Richards Bay FC. The other semi will be between AmaZulu and a Zululand XI, which will be made up of local emerging players.

Mngqithi said Downs were excited about the one-day tournament as it gave them a chance to have a look at their new signings and experiment with new combinations. He promised the Brazilians would to take their best players to the tournament.

"You know the first thing that woman said to me when Senzo passed on? 'Who's going to feed us?' Your son is dead. The only thing you're thinking ...
TshisaLIVE
1 month ago

The 2022 edition of the Cosafa Cup got under way in KwaZulu-Natal with a dull affair between Botswana and Seychelles at King Zwelithini Stadium in ...
Sport
1 month ago