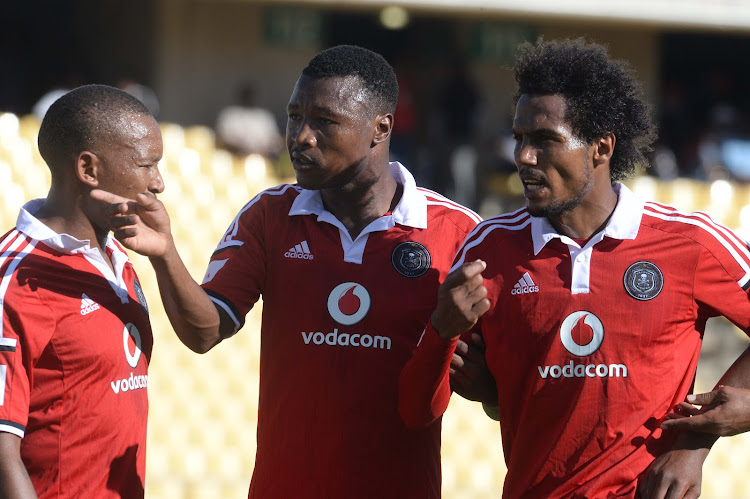 Former Orlando Pirates defender Siyabonga “Nsimbi” Sangweni believes the club have been their own worst enemy by chopping and changing players every season.

Over the past few seasons the Buccaneers have been one of the busiest clubs in the transfer market, making some good signings they sometimes release a season later without having had a sustained run in the team.

Before the new season, the club bolstered the team with players such Tapelo Xoki, Nkosinathi Sibisi and Evidence Makgopa.

They let go of players such as Thabang Monare, Gabadinho Mhango, Thulani Hlatshwayo, Linda Mntambo, Kwanda Mngonyama, Ntsikelelo Nyauza and Justice Chabalala, but some of those departures left some football lovers shocked.

UCT to honour Chiefs founder Kaizer Motaung with a doctorate

The university said Kaizer Motaung will be honoured with an honorary doctorate in social sciences, along with six other recipients, this month.
Sport
1 month ago

Sangweni, who spoke to the media on the sidelines of the Cosafa Cup, of which he is an ambassador, in Durban, said he was sorry to see his former club repeating the same mistake over the past years.

“What is happening at Pirates pains me deeply.

“This thing of chopping and changing of players every season makes it hard for the team to create consistency. Because you need to have a team you can build on by adding a few players here and there.

“Last season I had a bit of hope that now they finally have a team that can achieve something, but they have started chopping again,” he said.

Samgweni, who joined Bucs from Golden Arrows in 2011, enjoyed quite a successful career as he was part of the team that won a treble in his first season and also reached two continental club competitions finals.

Irvin Khoza has urged football clubs to recognise that whoever replaces him as chair of the Premier Soccer League should be versed in the value chain ...
Sport
1 month ago

“There was a season when they had guys such as [Augustine] Mulenga and others, that was a solid team and I thought they were going to have a good season, but they released them before the start of that season.

“That hurts the momentum and consistency of the team.”

Pirates finished in sixth place and reached the final of the Caf Confederation Cup under the leadership of Mandla Ncikazi and Fadlu Davids, who has since left the club.

Little-known Spaniard mentor Jose Riveiro will lead the club next after signing a three-year deal with the Sea Robbers.

The 2022 edition of the Cosafa Cup got under way in KwaZulu-Natal with a dull affair between Botswana and Seychelles at King Zwelithini Stadium in ...
Sport
1 month ago

Mamelodi Sundowns co-coach Manqoba Mngqithi has confirmed their most-prized player Peter Shalulile will remain at the club.
Sport
1 month ago