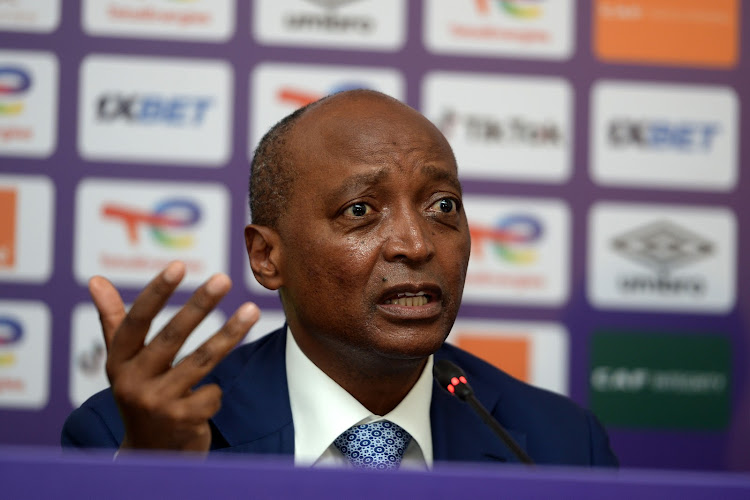 Having been accused of often giving Morocco preferential treatment and being influenced by Fifa boss Gianni Infantino, CAF president Patrice Motsepe has given his side of the story.

Speaking at a media conference at the Prince Moulay Abdellah Stadium in Rabat where Banyana Banyana take on the hosts in the Women’s Africa Cup of Nations (Wafcon) final on Saturday, Motsepe refuted claims Morocco received special treatment.

He indicated the North African nation had bid to host CAF events and that sometimes they are the only bidder.

The Wafcon final between Morocco and Banyana is at 10pm SA time on Saturday.

Banyana not thinking about bonuses before Wafcon final against Morocco

Banyana Banyana are a win away from pocketing staggering bonuses but they've collectively insisted they're not thinking about money before Saturday's ...
Sport
3 weeks ago

“Sometimes Morocco are the only bidder,” he said.

“It's a special country. King Mohammad VI is passionate about football. May he be blessed. I encourage other countries to bid to host events, I'd like to see Uganda hosting something.

“I'd like to see a beach soccer tournament going to Mozambique,” Motsepe added.

On claims that he is controlled by Infantino, Motsepe said there is nothing sinister about his relationship with the Fifa president while indicating the continent needs the support of world football's governing body.

“There are things we agree upon and things we don’t. I focus on commercial and making African football money and this Infantino thing is an old story for me,” he added.

“I don't know who's influencing who because there's a concern that Africa is influencing Infantino. Let me tell you this, Africa needs partners ...”

Claims that Morocco gets preferential treatment from CAF emerged when the Champions League final between Wydad Casablanca and Egyptian giants Al Ahly was held at Stade Mohammad V in May.

Egyptian FA are among a number of stakeholders who accused CAF of being influenced by Morocco in some of their key decisions.

Almost every position in the Banyana Banyana XI has someone who has made it their own but at left-back the competition has always been tight between ...
Sport
3 weeks ago

The crown bestowed upon Desiree Ellis by the Confederation of Africa Football (CAF), making her the undisputed queen of African football, was ...
Sport
3 weeks ago