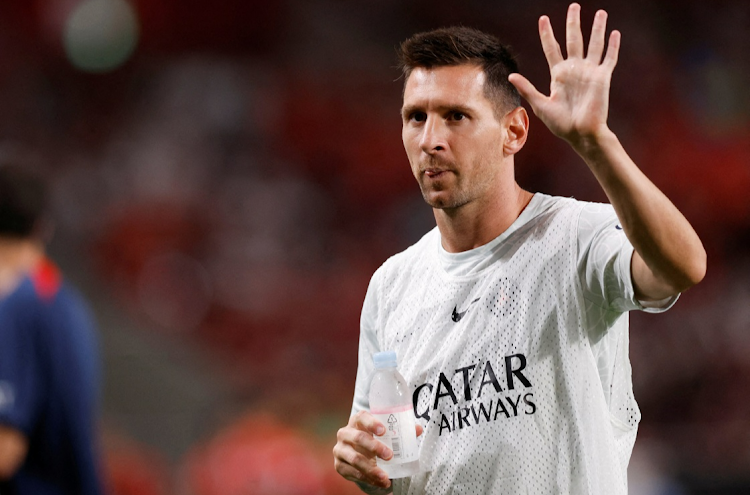 Barcelona president Joan Laporta says the club will try to bring seven-times Ballon d'Or winner Lionel Messi back to the Camp Nou as they have a "moral debt" to ensure the Argentina forward can finish his career with the LaLiga club.

Barca were forced to let their talisman and record scorer Messi, who is now 35, leave last year because his high wages coupled with strict LaLiga financial rules could have jeopardised the club's future.

Messi, who joined Barcelona's youth set-up aged 13, moved to Paris St Germain as a free agent on a two-year contract.

But Barca have gone on a spending spree in the close season to sign top players such as Robert Lewandowski and Raphinha after selling a stake in their income from TV rights and Laporta said Messi can be re-signed with the right financial strategy.

"I did what I had to do in order to put the institution above the best player in history. I've known Messi since he was a kid, I love Leo," Laporta told CBS Sports when asked if he felt he was treated unfairly for letting Messi go last year.

"I feel a moral debt to the best player in history. I'll do my best to make sure Messi has the best ending of his career with Barcelona.

"I would like to do it. It will not be easy but I think that with the correct strategy we could do it. We will do our best to have Messi ending his career with Barcelona."

Messi will be 36 next June and approaching the end of his career. He is set to play in his fifth World Cup, which will be held in Qatar towrads the end of this year.

Asked if Barca would start negotiating with Messi now or after the World Cup, Laporta said they would have to be patient.

"This is an idea that we have," he added. "Now is not the best moment to talk about it since he is a player of PSG and he has one more year on his contract. We have to respect it."