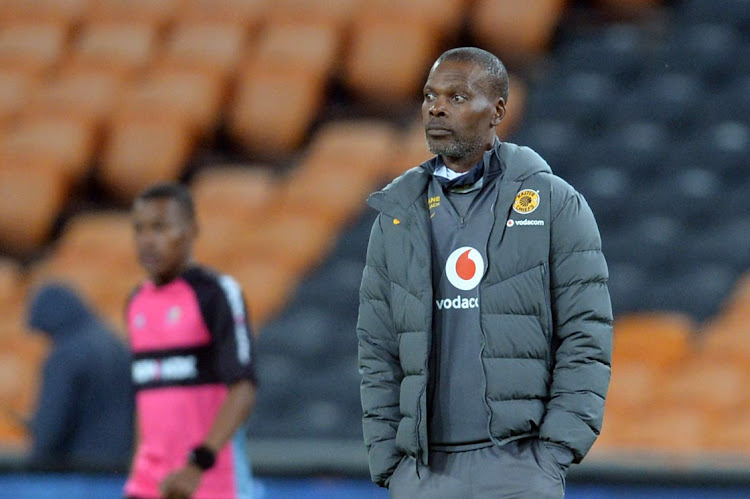 Kaizer Chiefs coach Arthur Zwane says though the club is in the rebuilding phase following his appointment as head coach ahead of the start of the 2022-2023 campaign, they will, however, not waste an opportunity to win a trophy or two.

"As much we're in a rebuilding phase we'll still go for the kill," said Zwane, who has spent more than two decades at Chiefs both as a player and in the club's coaching department.

"Kaizer Chiefs is the team that's got a rich history, it's a team that got the culture of winning. So we're not going to go there and say we're still building. As much as we're building we still have to grind the results."

Chiefs will start the coming season under pressure to appease their fans after going an unprecedented seven years without winning silverware.

A lot of players have been released by the club in the off season and seven new ones, including defenders Zitha Kwinika, Dillan Solomons, midfielders Siyethemba Sithebe, Yusuf Maart, Kamohelo Mahlatsi, Lehlogonolo Matlou and striker Ashley Du Preez have been signed in preparation for the coming season.

Zwane said he was happy with how the new players are integrating with the ones they found at the club and he hopes they will all start the new season on a high note.

"The (new) boys have responded very positively and it's good to see that. But obviously when it comes to the combinations we're still trying to help each and every one of them to settle in quickly and understand the way we want to play," he said.

"We want to help each and every player in the squad to complement those who will be struggling a little bit. It's key because if they're not going to be complementing each other on the field of play than they won't be able to apply themselves correctly.

Itumeleng Khune: I’m a Khosi for Life and will never leave Chiefs

Itumeleng Khune says he will retire at Kaizer Chiefs and is happy to be club captain if he's no longer the regular goalkeeper.
Sport
2 weeks ago

Zwane said the club is still on the look out to find the kind of striker who fits the way they want to play.

"We're looking for that tactical flexibility in the final third, we no longer looking for a striker who is sitting and waiting for a cross and all of that. But we're looking for someone who can easily read the situation and pounce at the right moment.

"It's difficult to find those type of strikers who will be able to strike that balance of being mobile and able to finish. That's why we'll keep hunting. We'd rather get a young one who we can work with knowing that in two or three years time he will give us something. As a club we've done that before.

"We done that with (Collins) Mbesuma. We've done it with Knowledge Musona and with Siyabonga Nomvetha. All those players went on to play overseas. In fact Musona has been overseas ever since. So it tells you we have a way of getting those players."

Chiefs will open their DStv Premiership season with an away fixture against Royal AM on August 6 in Durban.

Kaizer Chiefs have launched their 2022-23 jersey, which, with the themes Unity in Action and a Fresh Revival, the club says embodies the family ...
Sport
2 weeks ago

‘We are avoiding the quick fix’: Zwane on Kaizer Chiefs’ lack of strikers

Kaizer Chiefs coach Arthur Zwane says they are avoiding quick fixes and signing for the sake of signing to resolve the lack of strikers in his squad.
Sport
2 weeks ago

Itumeleng Khune: I’m a Khosi for Life and will never leave Chiefs

Itumeleng Khune says he will retire at Kaizer Chiefs and is happy to be club captain if he's no longer the regular goalkeeper.
Sport
2 weeks ago