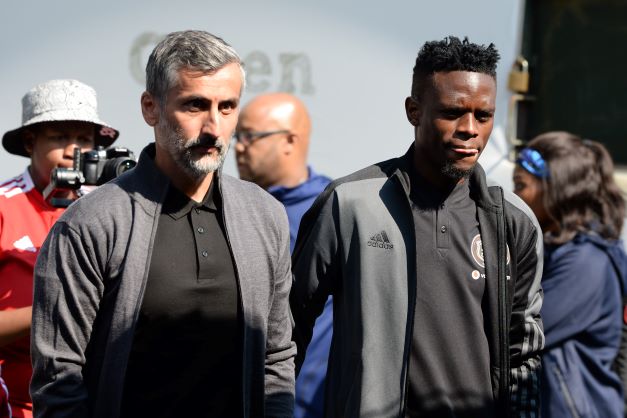 Maela was recently confirmed as the new skipper for Pirates after the departure of fellow defender and former captain Happy Jele from the club.

Riveiro was very involved in the selection of Maela, 29, who joined the Buccaneers youth structures as a teenager in 2008 before moving on to play for Witbank Spurs and Thanda Royal Zulu.

Maela returned to Pirates in 2017 and has been an integral part of the club.

“The new captain is a full package,” Riveiro said.

“The club management was involved in selecting him as the captain, as was the technical team and the players.

“We were all on the same page in this decision and we all agreed that Innocent and Richard (Ofori) are excellent options for us.”

Spaniard Riveiro has promised to bring back happy days for the Sea Robbers while making sure the team dishes entertaining football on the pitch as he said that is a big part of his coaching philosophy.

“We are trying to entertain people. That’s the main part of our job, that’s what we do, entertaining people and trying to invite the people to come to the stadium and enjoy the game with us,” Riveiro said.

Orlando Pirates boss Irvin Khoza has taken exception to those thinking the club did not do a thorough assessment and a proper background check before ...
Sport
1 month ago

Though Pirates won the MTN8 during the 2020/2021 season, they haven’t enjoyed a lot of success since they last won the league title in 2012.

Riveiro believes he has a good enough squad to achieve what he wishes to with Pirates, who will kickoff their DStv Premiership campaign against Swallows FC at Orlando Stadium on Saturday, August 6 (3pm).

Mamelodi Sundowns co-coach Manqoba Mngqithi does not see Soweto giants Kaizer Chiefs and Orlando Pirates as direct challengers to Masandawana for the ...
Sport
3 weeks ago