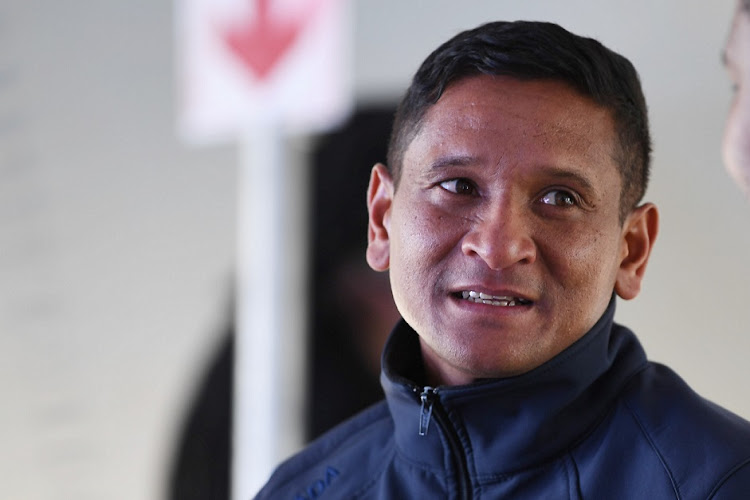 New Chippa United boss Daine Klate has much respect for former coach and mentor Gavin Hunt, but that admiration will take a back seat for 90 minutes in his team's opening fixture of the DStv Premiership.

Chippa begin the season against SuperSport United at Lucas Moripe Stadium in Pretoria on Sunday against a team and coach combination that launched Klate’s football career.

If one takes into account the father-son type relationship the pair have, it makes for a mouth-watering clash that Chilli Boys and Matsatsantsa fans will not want to miss.

“It’s going to be a good game, I know the club very well. They are still family to me, SuperSport United,” 37-year-old Klate said.

“I am where I am today because of their contribution to my career. I am grateful for having won so many trophies with Gavin Hunt and having worked with him at Chippa United.

“Him bringing me back [as a player] at Chippa as well and when he left [after a brief stint as coach] I continued here. I now find myself coaching my first match as a head coach of a PSL team against him.

“If you asked me a few years ago if I would like to coach my first PSL match against Gavin Hunt, I would have agreed to it.

“We are looking forward to it but at the end of the day it’s not about me and it’s not about Gavin, it's more about Chippa and collecting the points available to us.”

The Gqeberha side have spent a week in Durban to prepare for the new season. Klate said the preparations had gone well.

The week away gave him time to get to know his players and it has also given him ideas as to how he can use them in matches.

“The preseason camp in Durban was good for us. We played four friendly matches, which gave us a good idea of where we are and where we need to go to.

“It helped a lot with getting to know the team and the players, working with different personalities.

“Also the matches, tactically, give you an idea what type of formation we need to play and what type of players you have, the capability of the players within that formation.

“It was a very fruitful trip all in all to Durban, which I think the team spirit was built on.

“The bus trips were fantastic. It was long but necessary.”

‘My prayer is that Irvin Khoza can live forever,’ says Chippa boss Mpengesi

One of the primary objectives of newly-appointed Chippa United head coach Daine Klate will be to introduce more local talent into the system.
Sport
4 weeks ago