Mnisi says Chiefs were supposed to buy Solomons from Royal AM, not Swallows 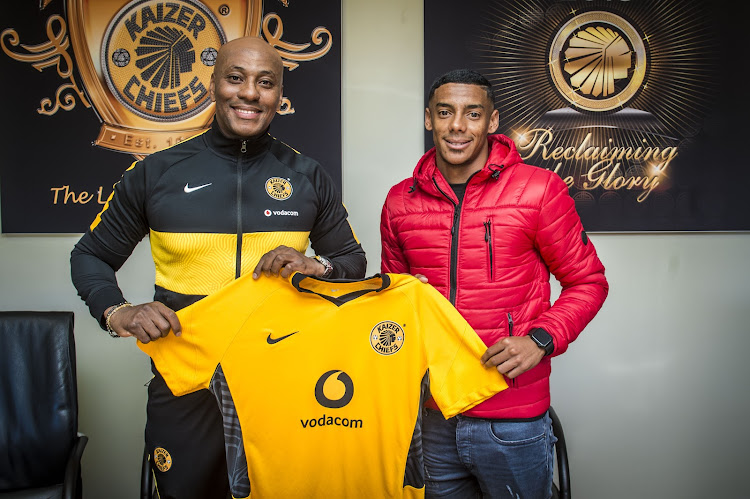 Royal AM CEO Sinky Mnisi has suggested that Kaizer Chiefs should have bought Dillon Solomons from the KwaZulu-Natal-based club as he claims the player belonged to AM.

Solomons is one of many players signed by Kaizer Chiefs in their mission to bring back the glory days to Naturena.

The 23-year-old defender was signed from Swallows FC, but according to Mnisi the Dube Birds had no right to sell the player to Chiefs as they had already sold him to Thwihli Thwahla.

Mnisi said that the reason Swallows FC entered into a deal with Shauwn “MaMkhize” Mkhize for three players — Ruzaigh Gamildien, Solomons and Khetukuthula Ndlovu — was because the Dube Birds did not have any money and their players were on a strike.

A deal was struck and the three players netted the Dube Birds a much-needed R1.5m to keep afloat.

Following their major clear-out in the name of rebuilding, Kaizer Chiefs stalwart Khama Billiat believes Amakhosi have assembled a good team to go ...
Sport
1 week ago

Gamildien and Ndlovu moved to the KwaZulu-Natal side without any issues, but Solomons has been at the centre of controversy since moving to Chiefs.

“Swallows approached MaMkhize when they had financial difficulties. Their players were on strike and they needed money and they negotiated with MaMkhize and she told them that she needed three players.

“The contractual agreement to purchase the three players for R1.5m was prepared by an attorney, the Swallows boss David Mokgashoa and the president of Royal AM, and not Sinky Mnisi.

“I do not understand why I am accused of selling players and wanting to sink Royal AM,” said Mnisi at the press conference he organised to clear his name on Wednesday.

While at AM they had no problem with Solomons picking the team of his choice, Chiefs were supposed to negotiate for his services with Thwihli Thwahla.

“If you remember, I said the Solomons deal might have some problems and may require attorneys to have a look at.

“People started accusing me of selling Solomons — we bought Solomons with his contract. Now, nobody at Royal AM, neither the president nor myself, was refusing that Solomons can join Kaizer Chiefs.

“People are missing the point. What we were saying is that Swallows cannot sell Solomons to Kaizer Chiefs, he should be sold by Royal AM because he’s our player and it remains like that.

Orlando Pirates have been a huge disappointment over the past few seasons, but it would be very dangerous to rule them out of the DStv Premiership ...
Sport
1 week ago

“Swallows has sold the player to us and they can’t sell the player again. Which is what has happened. And people don’t understand that.

“If Chiefs want the player or if Solomons wants to join Chiefs, it is all fine and good. If he wanted to join Chiefs, there’s no problem, but he was our player. We bought him from Swallows and any team that wanted Solomons would have to pay Royal AM. It’s a business transaction and that’s it, and the contract I have says that,” added Mnisi.

The CEO also clarified other matters involving the supposed move of Ndumiso Mabena to Swallows that he has come under fire for.

“I also did not enter into any sale agreement of captain Ndumiso Mabena with any team. The contract for releasing Mabena to join Swallows was negotiated and signed by the president of Royal AM and Swallows FC.

“Mabena made a proposal to Royal AM for a mutual termination, which document was forwarded to Mkhize. He was party to the agreement that they are giving him to Swallows and it was his choice whether he wanted to go to Swallows or not. Not me. And as we speak, Mabena is still at Royal AM.”

Royal AM CEO Sinky Mnisi has thrown a jab at rivals Sekhukhune United, saying he will never work for the side even if they were the last team on ...
Sport
1 week ago

Orlando Pirates have been a huge disappointment over the past few seasons, but it would be very dangerous to rule them out of the DStv Premiership ...
Sport
1 week ago

Kaizer Chiefs boss Kaizer Motaung speaks on the PSL working on a model to regulate the buying and selling of clubs and bringing new leadership on ...
Sport
1 week ago