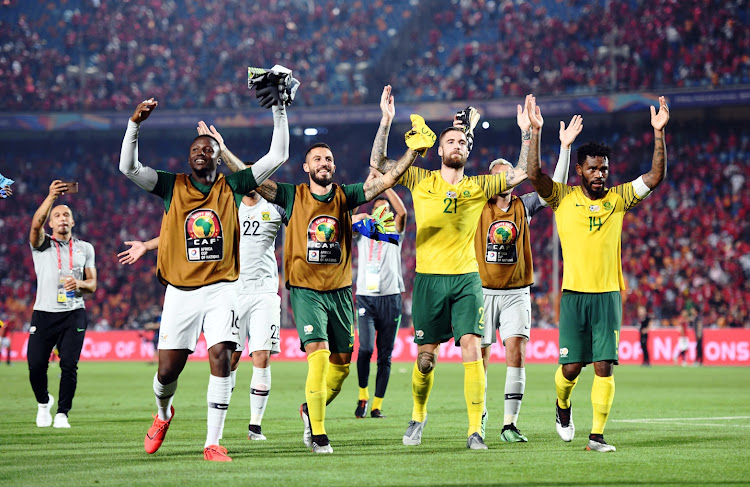 With five minutes remaining, having bossed Egypt in the first half, and frustrated them in the second, Thembinkosi Lorch got through alone on a breakaway and slotted an 85th-minute winner - and Bafana Bafana had shocked the hosts and blown the 2019 Africa Cup of Nations wide open.

Egypt were one of the tournament favourites. Bafana had a foot on the plane home before scraping into the last-16 as the fourth-best third-placed finishers.

But coach Stuart Baxter, so embattled, so castigated, had promised something different here in this last-16 mission impossible in front of the 75,000 home cauldron at Cairo International Stadium.

And Bafana provided it. The drama, the glory, the intensity. This was the Bafana every South African knew existed.

The goal by Thembinkosi Lorch that silenced the whole of Egypt #AFCON2019 pic.twitter.com/5gmiQDiu8T

Let's not get carried away. In fact, they just stunned the hosts like an ultra-high-powered taser gun. Let's. Who knows how far Bafana can go now at Egypt 2019? The South Africans showed every bit of their marvellous structure they displayed in the group stage.

A level of organisation that had gone almost unnoticed at home as all dismayed fans saw was a failed attack and conservatism from Baxter.

They displayed the very cream of the South African quick-passing game, with a better structure than has been seen from a South African team at a Nations Cup since the 2000s, and spectacular bulldog spirit.

It broke Egypt. It broke the host nation. Baxter brought Lorch in for suspended Themba Zwane, as the coach switched to a 4-3-3 formation. 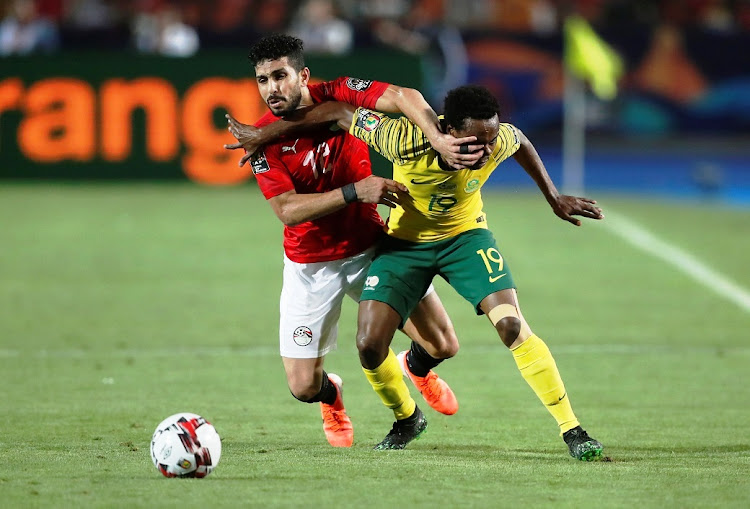 The system could give SA the solidity of a three-man midfield - where Dean Furman returned from injury alongside Kamohelo Mokotjo and Bongani Zungu - but also allow for creativity and a three-man attack.

Egypt coach Javier Aguirre had battled to win over a sceptical public, despite three clinical wins in the group stage.

The Mexican coach - who last faced Bafana in the opening game of the 2010 World Cup - had out a standard 4-4-1-1, including the class of right-back Ahmed Elmohammady, nuclear threat of left wing Trézéguet and, of course, Mohamed Salah on the right.

Bafana were pitted against this disciplined, precise host team, however unconvinced their public have been.

Against this crowd, this wall of noise. How could South Africa, so unconvincing in the group stage, if excellently structured, even hold their own? They did more.

This was, as Baxter had promised, a different Bafana. They had a real swagger from the start.

They weren't even nervy early, settling quickly into comfort on the ball and the quick-passing South African game that troubles West and North Africans - notably for SA clubs over Egyptian ones in recent years.

Marwan Mohsen could turn and squeeze a shot at Williams in the opening moments. Furman awkwardly kneed into the path of the striker for another low strike past the post.

Then, with Furman everywhere, Zungu immense looking for openings, and Tau finally freed to run and touch and nuisance-make, Bafana turned it on.

Tau ran and had a powerful shot at Mohamed Elshenawy. Lorch's run earned a free-kick, from which Tau had the goalkeeper at full stretch.

Two-time Africa Cup of Nations winning coach Herve Renard accepted responsibility for Morocco's shock exit and hinted he might quit after one of the ...
Sport
2 years ago

It was Egypt left to do the counterattacking, Salah feeding Trézéguet to shoot at Williams. An intricate Bafana build-up ended with Mokotjo's shot sliding wide.

You couldn't blame the South Africans for coming out of the break consolidating for a bit. They kept Egypt to shooting from range.

But Salah's eye for a pass, and understanding with Trézéguet, saw the Liverpool man thread a pass that the latter, free alone, hit at Williams.

It was nervier from SA, Thamsanqa Mkhize's header having to be pushed away by Williams for a corner. 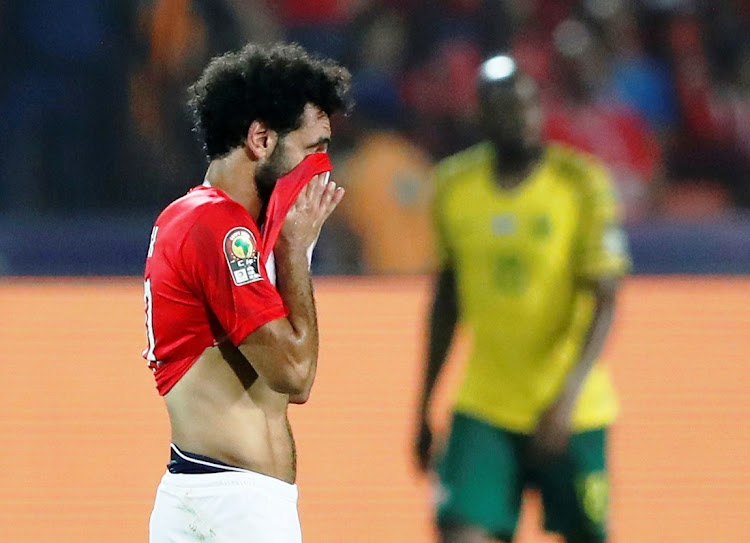 But they battled, and Egypt grew increasingly frustrated. SA, after weathering a storm, came back into the game, a Lorch free-kick headed inches wide by Thulani Hlatshwayo.

Mkhize played Tau in, who shot tamely at Elshenawy. Egypt had two free-kicks they could not use.

Surely they were running out of ideas. Then, at the absolute perfect time to grab a winner, to snatch glory, with Egypt pushing bodies forward, on a breakaway Mothiba put Lorch through, who slotted calmly past Elshenawy.