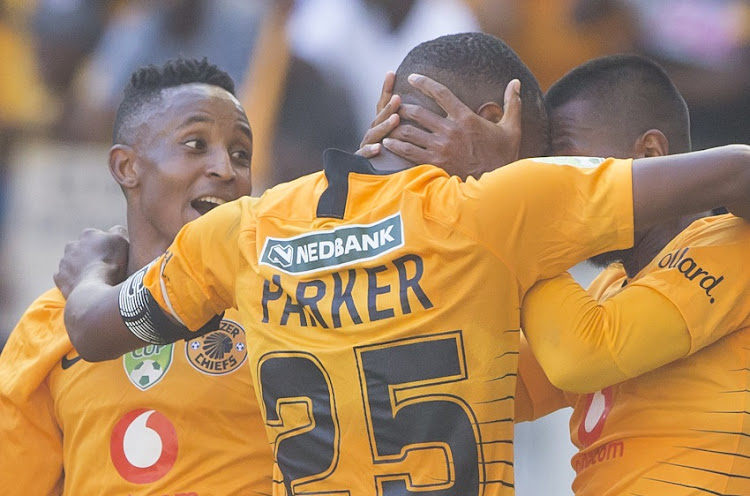 Kaizer Chiefs are one step closer to ending their trophy drought after defeating Cape Town City 2-0 at the Mbombela Stadium in Nelspruit on Sunday to book a Nedbank Cup semifinal spot.

Pule Ekstein scored in the 30th minute and Dumisani Zuma added the second early in the second half in a clever tactical performance by Chiefs, who dominated the quarterfinal tie and should have won by more.

Chiefs, who have not won a trophy for almost four seasons now, also saw Siphosakhe Ntiya-Ntiya strike the upright.

Chiefs made their intentions clear from early on when George Maluleka’s shot forced City goalkeeper Peter Leeuwenburg into a leaping save as he pushed the ball over his crossbar in only the fifth minute.

Khama Billiat had a shot saved just before the quarter-hour mark before the goal came in the 30th minute.

Defender Edmilson tried to cut inside with the ball, lost possession to Bernard Parker, who drove into the penalty box before squaring for Ekstein to put it away, with the help of a deflection.

City were on the back foot throughout the opening exchanges and only got their first effort on goal from Riyaad Norodien in the 32nd minute.

But it should have been 2-0 five minutes later when Billiat stole away from Edmilson but shot wildly over the top. Billiat then turned provider just another minute later with a square ball that Ntiya-Ntiya hit against the upright.

Ntiya-Ntiya, playing a forward role on the left, then set up Ekstein as City’ defence failed to clear a set-piece and the goalscorer blasted wide from close-in.

City would have again have heard the wrath of coach Benni McCarthy at half-time, keeping up a pattern of being slow to warm up in the first 45 minutes.

Zukile Kewuti struck the woodwork with a header from Surprise Ralani’s cross soon after the break but Chiefs, anticipating City’s all-out attack in the second period, were ready to catch their guests on the counter.

It was thus that Parker burst away and earned a corner, from which Teenage Hadebe won a header and it fell perfectly for the unmarked Dumsani Zuma to score off his knee in the 56th minute.

Zuma had come on at the break for Ramahlwe Mphahlele as coach Ernst Middendorp shifted from five at the back to counter-attacking options.

The German had his tactics spot on throughout the encounter with Chiefs holding firm at the back for one of their better performances of the season.