Khoza on why Madlala is still acting PSL CEO after four years: 'The clubs are making it difficult for me' 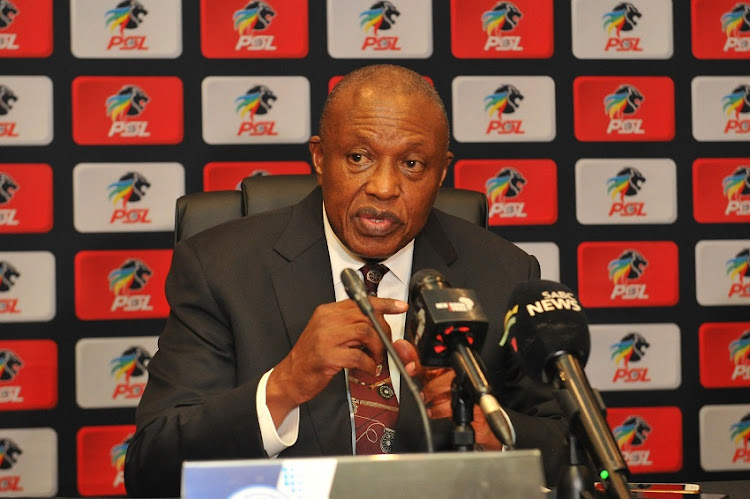 The clubs’ satisfaction with the job done by the Premier Soccer League's (PSL) acting CEO is what has made it difficult for chairman Irvin Khoza to appoint a full-time incumbent‚ he said four days after Mato Madlala went to four years in a temporary capacity in the position.

Madlala‚ the owner and chairperson of PSL club Lamontville Golden Arrows‚ was appointed acting CEO when it was announced Brand de Villiers had left the post on November 10‚ 2015.

This makes her the second-longest incumbent of the PSL CEO position after Trevor Phillips‚ who had a five-year stint from 2002 to 2007.

Khoza has made repeated assurances that a permanent CEO will be sought out and appointed.

Speaking after a PSL Board of Governors meeting at Emperors Palace convention centre in Johannesburg on Thursday‚ Khoza said PSL clubs constantly professing their pleasure at the manner in which Madlala does her job as acting CEO has made it difficult to replace her with someone permanent.

“I think it’s a fair question. As a chairman I’m on record that we have to have a new CEO‚” the PSL chairman said.

“But the clubs are making it difficult for me. Because they find comfort.

“I am asked the same question [repeatedly]. Let’s make a declaration‚ once and for all. Let’s not be half-pregnant.

“Let’s decide either we take her [Madlala] as CEO full-time‚ leaving her position at Arrows; or get a CEO. Because we can’t have it this way. We can’t have her acting and acting.

“She’s doing a fantastic job. But it’s also not good for her. Because it demands so much of her time‚ and she’s a person who is hands-on in her team.

Premier Soccer League (PSL) prosecutor Nande Becker has charged Cape Town City midfielder Mpho Makola with for an incident where he pushed the ...
Sport
2 years ago

“To be a CEO of the league is not an easy job‚ especially a league as big and demanding as ours. It’s very important to make a determination.

“So maybe the space will come sooner than I expect to make a determination.

“But the clubs themselves come and say to me‚ ‘Chairman‚ she’s doing a fantastic job’.

“I’m on record to say we must have a new CEO. We were supposed to have one at the start of this season‚ I said last time.

“But all the time the voices are saying something different‚ which makes it difficult for me.”

Remarkably Madlala has now lasted longer in the CEO hot seat in an acting capacity than all her full-time predecessors‚ bar Phillips‚ since the founding of the PSL in 1996.

Swede Kjetil Siem occupied the position for almost four years‚ from March 2007 to May 2011. Since Siem there was a bewildering procession of incumbents.

Cambridge Mokonyane was acting CEO for a year‚ then De Villiers stayed in the job a relatively marathon two years and five months from July 2013 to November 2015.