Pitso Mosimane to Kaizer Chiefs: 'Good luck to them' 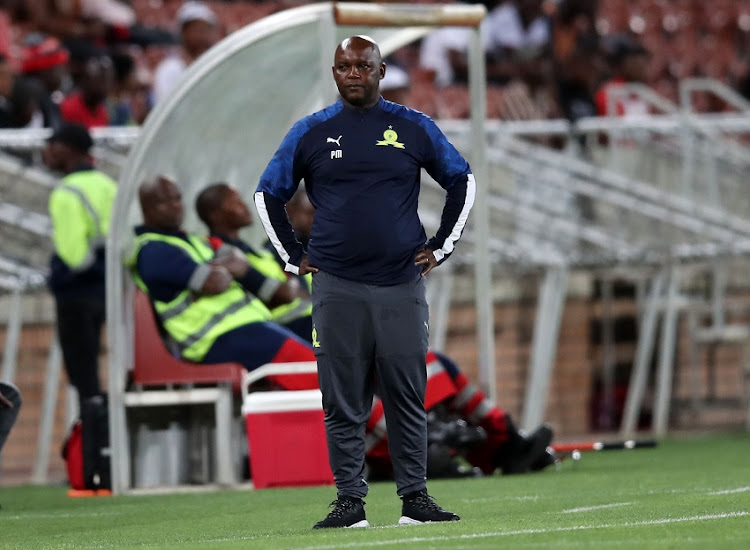 Mamelodi Sundowns coach Pitso Mosimane has admitted that they didn’t deserve to beat Baroka FC when the two sides met in a league match on Wednesday night.

Bakgaga held the Brazilians to a goalless draw in Polokwane to leave Mosimane's side seven points adrift of runaway leaders Kaizer Chiefs on the Absa Premiership standings.

Sundowns have played one game less than rivals Chiefs.

“I can say that it’s two points dropped because if I look at the performance of the team‚ we didn’t deserve the three points to be honest‚” said Mosimane‚ who pointed out that they were indecisive and didn’t create enough chances.

“They were stronger and we can’t say we deserved to win.

"We got some chances here and there but we were a little bit indecisive in the final third‚ especially in the first half.

"In the second half we tried to put a little bit more pressure on them but they hanged in there and fought for the point.”

Mosimane welcomed the hard-fought away point and urged the Sundowns fans not to panic as they still have 21 games to play in the season.

“A point is fair to be honest but like I said‚ we didn’t create enough easy chances to be able to win the match‚" the Sundowns coach said.

"But we don’t have to panic. With the Telkom Knockout and Champions League‚ we are okay and with the league we are two points behind.”

Chiefs have won their last five games and Mosimane reminded everyone that this is a marathon and not a sprint.

“Good to luck to them (Chiefs)‚ we are just two points behind in our programme and we have to follow on our processes‚" he said.

"The outcome will sort itself out in the end and congratulations to them.

"We will forever be challenged‚ it is part is the game and it is a process.

"We have to be patient and keep going‚ remember this is a marathon.”