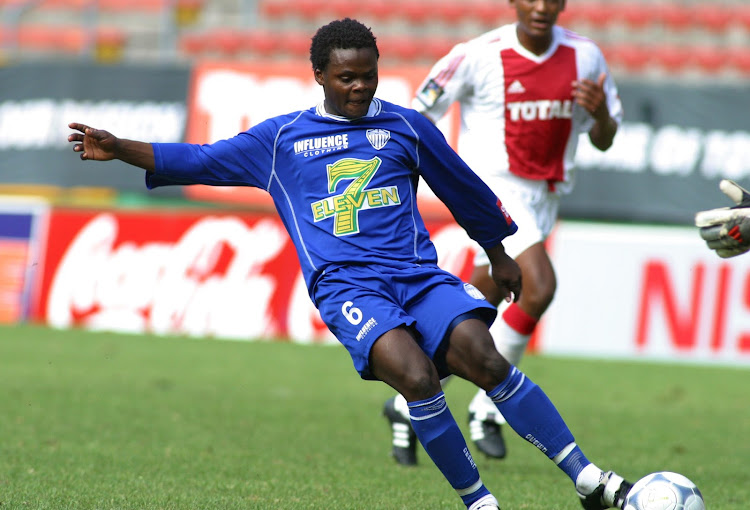 Former star Daniel “Massaro” Matsau remembers the majestic goal he scored to take the SA Under-23 side to the Sydney Olympics 20 years ago as if the game was played yesterday.

Played in front of a packed Vosloorus Stadium in 2000‚ Matsau's lone strike in the closing stages of the Olympic qualifier sank visitors New Zealand in the final play-off match.

He said the special moment would stay with him for the rest of his life.

“Eish my brother‚ I remember that moment so vividly like it happened yesterday and it will stay with me for the rest of my life.

"I was over the moon because we were the first South African football team to qualify for the Olympics and I played a role in doing that‚” Matsau told TimesLIVE from his home in Allanridge near Welkom on Wednesday.

Cape Town City midfielder Thabo Nodada has given a remarkable breakdown of why so much football talent – and particularly white talent – gets lost in ...
Sport
1 year ago

SA finished fourth as the best finisher in the qualifiers and this meant that they had to face New Zealand in a play-off match.

They won this crucial game 4-2 on aggregate to qualify for Sydney on that glorious day two decades ago.

“I remember that the night before that match against New Zealand‚ coach Shakes Mashaba called me to his room at about midnight and he was with his assistants.

"He told me that they had changed the plan after watching the video of New Zealand again.

"They said they were going to start with Lebohang Kukame and I would drop to the bench.

'I didn’t want to participate in any rugby:' Nodada on turning down Bryan Habana's former school

Cape Town City’s ace midfielder Thabo Nodada has revealed that he had to make a tough decision‚ and stick by his guns against some initial ...
Sport
1 year ago

“I said ‘no problem‚ but I warned them that whenever they are going to put me in I am going to score even if it’s in the last two minutes of the game.

"They laughed at me and I went back to my room to sleep.

"The following that day during the game‚ I was telling Thiyekile “Ace” Gulwa on the bench that the New Zealand captain is struggling and Kukame must use his speed to trouble him.

"When I went in‚ I got the ball and dribbled past him because I saw that he couldn’t run as one of his knees was heavily strapped.

"He struggled to turn and I scored the goal in the dying minutes of the game.

"It was madness inside the stadium with wild celebrations‚” said the former Kaizer Chiefs‚ Bloemfontein Celtic and SuperSport United striker.

Zimbabwe striker Tendai Ndoro and Highlands Park have parted ways‚ bringing to an end a rather quiet working relationship that did not yield the form ...
Sport
1 year ago

Matsau had a knack for the big occasion as he also helped the SA Under-20s to become the first South African football team to qualify for the junior World Cup in 1997.

“I always tell the boys I am coaching here in Allanridge that I used to score big goals that created history.

"If you remember‚ our Under-20 team was the first South African team to qualify for the World Cup in Malaysia in 1997 and during the qualifiers I was the first player to score a hat-trick on a foreign country.”

Defender Matthew Booth‚ who captained the team on that day‚ said qualifying for the Olympics was a culmination of six years of hard and planning by coach Mashaba and his technical team.

“It seems like just yesterday to be honest‚" he said.

"Time really went by very quickly but that particular moment was culmination of years of hard work and planning.

"It was a very special day for us as a group and I will certainly never forget it for as long as I live."

Promise Lebo Mkhuma. Save the name and remember it as Mamelodi Sundowns coach Pitso Mosimane has tipped Mkhuma to become the next big thing to emerge ...
Sport
1 year ago