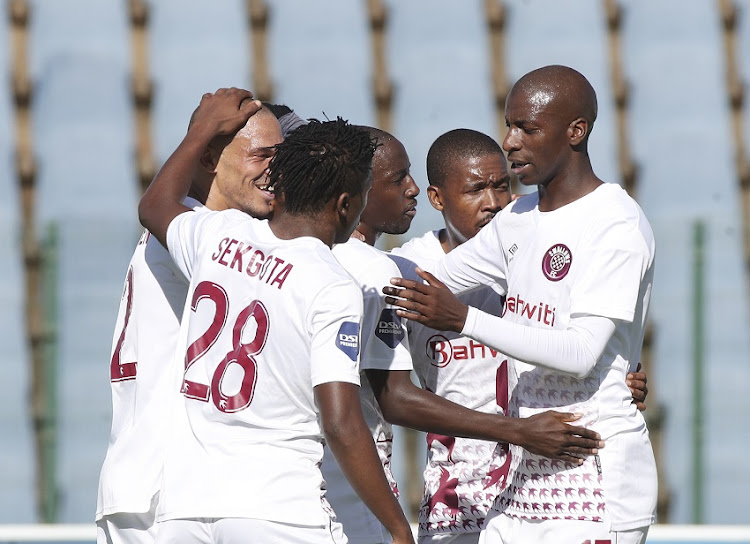 Swallows FC stand-in skipper Vuyo Mere scored in the last 30 seconds of the referee’s optional time to help his team draw 1-1 with Lamontville Golden Arrows in a DStv Premiership match at the Dobsonville Stadium on Saturday.

Arrows midfielder Seth Parusnath had helped his side take the lead with 20 minutes remaining on the clock. Arrows looked to have bagged their 10th win of the season before Mere pounced to help the Dube Birds earn another deserved point — their 12th draw this season.

Parusnath’s goal, his second of the season, would have given Abafana Bes’thende a fifth straight away win and moved them a point behind log leaders Mamelodi Sundowns.

The Dube Birds came here struggling for form having drawn seven and lost one of their last eight matches, having last won a league tie on January 16.

Swallows FC defender Thabo Matlaba has strongly dismissed suggestions that the wheels are coming off for the high-flying Birds after a run of four ...
Sport
1 year ago

And with Swallows top striker Ruziagh Gamildien still completing his two-match suspension, Zephaniah Mbokoma, Kagiso Malinga, Kamohelo Mahlatsi and Kgaogelo Sekgota were expected to fill the void. The quartet failed to find the back of the net despite their team creating as many better chances as their visitors in the 90 minutes.

There was absolutely nothing to enthuse about when it came to the Arrows attack which were as blunt as a spoon, with usually slick and sharp Pule Mmodi, Michael Gumede and supporting midfielders Velemseni Ndwandwe and Ntsako Makhubela, unable to test Virgil Vries in Swallows’ goal for the entire first 45 minutes.

Mbokoma and Mahlatsi had great chances to beat Arrows keeper Sifiso Mlungwana within the first 30 minutes, but their shots were not strong or accurate enough to help their team find the back of the net for the 24th time in what is the Birds’ first season since returning to the top flight after five years in the wilderness.

Arrows had a chance to go ahead after the restart when Vries gifted them a free kick after handling the ball just outside the area. Substitute Knox Mutizwa knocked the ball onto Nduduzo Sibiya’s path but the winger tamely shot wide with no one closing him down.

Malinga did the same for Swallows in the 51st minute when Sekgota found him with a delicious cross. The striker headed well wide with no Arrows defender closing him down.

Malinga was unlucky to also see his well-taken set piece missing Mlungwana’s net by a few inches minutes before Arrows took the lead when Mutizwa found Parusnath with a cross after a quick counter that caught Swallows defence out of position.

For Arrows coach Mandla Ncikazi the point will not be enough to keep away from SuperSport United, Orlando Pirates who are also among the teams chasing defending champions Sundowns, who still lead with three points with a massive three games in hand over second-placed Arrows.

Swallows FC are simply too resilient to lose a match in the DStv Premiership‚ drawing 1-1 against another top contender‚ SuperSport United‚ on ...
Sport
1 year ago

Kaizer Chiefs are warming to this Caf Champions League group stage thing, a nine-man Amakhosi fighting their way to a 1-0 victory against Wydad ...
Sport
1 year ago

Kaizer Chiefs coach Gavin Hunt has revealed that long-term injury concern Khama Billiat is available and might get a run in Amakhosi's big Caf ...
Sport
1 year ago