Where are they now?: 2010 mascot Zakumi discusses unemployment and World Cup nostalgia 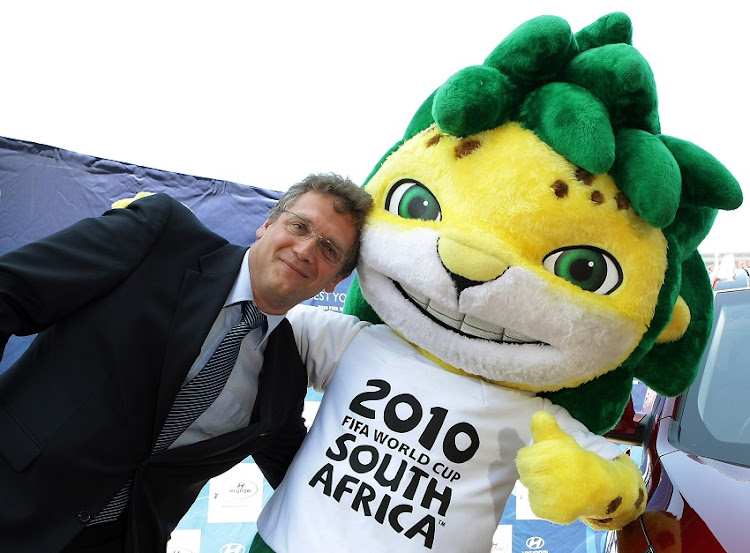 Zakumi was the centre of attention this time a decade ago and the 2010 World Cup mascot was everywhere as the face of the global showpiece in South Africa.

But after the last of the cameras had flashed and foreign visitors had returned home‚ the yellow mutant leopard-monkey with black spots‚ curly green hair‚ green shorts and a white T-shirt retreated to his hometown of Dzingi Dzingi in Limpopo.

As South Africans celebrate exactly 10 years since the World Cup was on his shores on June 11 2010‚ the mascot opened up to TimesLIVE in this fictional interview about his life since the height of his fame.

Question: Hey Zakumi‚ thanks for agreeing to speak to us. How is life treating you?

Answer: Eish‚ it has been tough over the past few years because I have struggled to find a full-time job. After the World Cup did appearances at schools and events but when the euphoria died down‚ no one wanted my services.

Question: Sorry to hear that‚ but how are you surviving?

Answer: It’s an everyday struggle and things were made worse by this lockdown. I couldn’t even go to town to hustle for handy work at the robots but things have improved slightly now that we are in level three because I can move around.

Question: Have you applied for the R350 SASSA Social relief of distress grant?

Answer: Yes. I applied and they confirmed via SMS that they received my application but I haven’t seen anything in my account. It is not a lot of money but it will help to buy a few things at home.

Question: Have you reached out to the guys at Safa to see if they can’t offer you a job?

Answer: I don’t want to mention any names but some of the people that I worked with during the World Cup are there at Safa House but most of the times they don’t answer my calls.

Question: Have you tried any of the PSL clubs to see if they need the services of a mascot?

Answer: I tried a few of them but they told me that having a mascot is not part of their marketing and branding strategy. It’s a pity because at the World Cup I was trained by the guys at Fifa who taught me how to engage with fans and create excitement inside and outside the stadium. I feel the investment that was made in me is going to waste.

Question: Let’s turn to your experiences during the tournament. Thursday marks exactly ten years since the opening game between Bafana Bafana and Mexico at FNB Stadium‚ what do you remember about that day?

Answer: My brother where do I start‚ I still remember that day vividly. I remember driving from the hotel to the 2010 Local Organising Committee's office in the morning for our final preparatory meeting and seeing cars‚ street poles and buildings with Zakumi stickers and our national flag. It was a magical feeling that is difficult to explain. There was positive energy in the country and I was proud to have been central to everything that was happening. I felt on top of the world.

Question: What were you doing in the hours leading up to the opening match?

Answer: I left the hotel about five hours before kickoff and when I arrived at the stadium I was engaging with the fans. I had the opportunity to meet the players from teams‚ referees and all the volunteers who were working in the dressing rooms. To be honest‚ it was only then I really believed that the World Cup was happening in our country. I didn’t even feel the winter cold because the atmosphere inside the stadium was electric.

Answer: I saw an advert in one of the papers where they asked people to sent motivation letters to the LOC why they wanted to be the official mascot. I sent mine and after a few weeks someone called to tell me that I had been shortlisted and would need to go to Jo'burg for interviews. I was the lucky one out of many people and it was a privilege to serve my country at such an important occasion.

Question: Were you surprised by the positive response of people towards you?

Answer: Wherever I went around the country people showed me love‚ especially the younger ones. I don’t even know how many hands I shook hands and how many pictures I took‚ but it was really enjoyable.

Question: You must have had the opportunity to meet some famous people?

Answer: Yes. Sometimes I was in the VIP suites where I got to meet and take pictures with some really famous people that I never thought I would meet in my life. Memorable people I met are then Fifa president Sepp Blatter‚ Diego Maradona and Arsene Wenger.

Answer: Firstly‚ he is a very short man and he didn’t talk too much. There was a gala dinner event in Sandton where I think they hosted executives of the sponsors of the tournament. He was seated next to Jérôme Valcke and Danny Jordan and didn’t stay long after the formalities.

Question: Were you inside the stadium when Siphiwe Tshabalala scored that Bafana goal against Mexico?

Answer: I actually missed the goal because I was walking down the stairs to do an appearance and photo shoot at one of the VIP suites of the official sponsors. I just knew when the crowd exploded that we had scored and I celebrated.

Question: What were some of the perks that came with your job?

Answer: I travelled a lot because I had to attend all the matches which was nice and I stayed in very nice hotels where I was always treated like a king. It was an experience that I will never forget as long as I live.