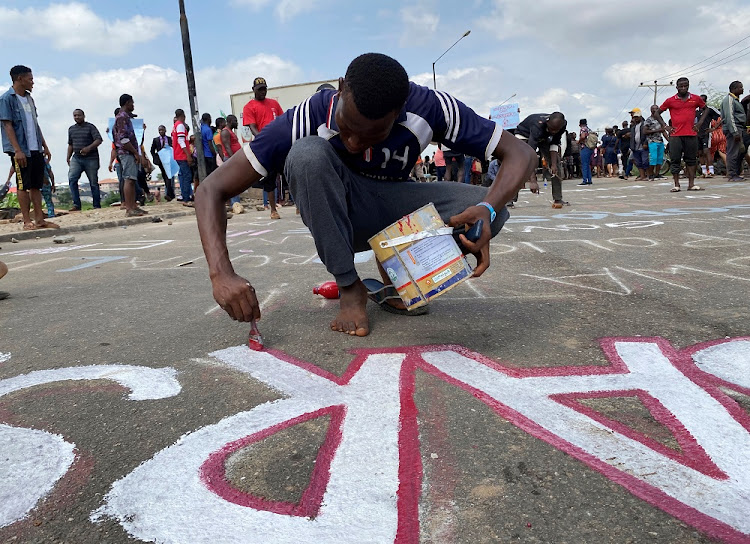 THE ART OF PEACE A demonstrator paints 'End Sars', referring to the Special Anti-Robbery Squad, on a street during a protest demanding police reform in Lagos, Nigeria, on October 20 2020.
Image: Seun Sanni/Reuters

In 1992, the Special Anti-Robbery Squad was set up by the commissioner for police to curb a spate of armed robberies in Nigeria. By 2009 it had become a large and powerful unit, and its focus expanded beyond armed robbers to internet fraudsters. It had also become largely uncontrolled.

Members of the unit were allowed to carry guns, drive unmarked cars and operate without badges or uniforms. They became known for their violent harassment of innocent young Nigerians. They also forced young Nigerians to withdraw money from ATMs and make transfers under duress.

There are numerous examples of people who have been raped, harassed, flogged, extorted, injured or killed by the unit.

In 2016, a campaign was launched calling for the Special Anti-Robbery Squad to be disbanded. It became widespread and drew some attention. Within three years the unit had been reformed, overhauled, decentralised and disbanded about three or four times. But without success.

Then, in early October, the first protests started against the infamous police squad. Mostly young Nigerians gathered in the front of the House of Assembly in Lagos to demand the end of the unit. Within days, thousands of protesters had gathered in 100 cities around the world, with the #EndSARS trending globally. 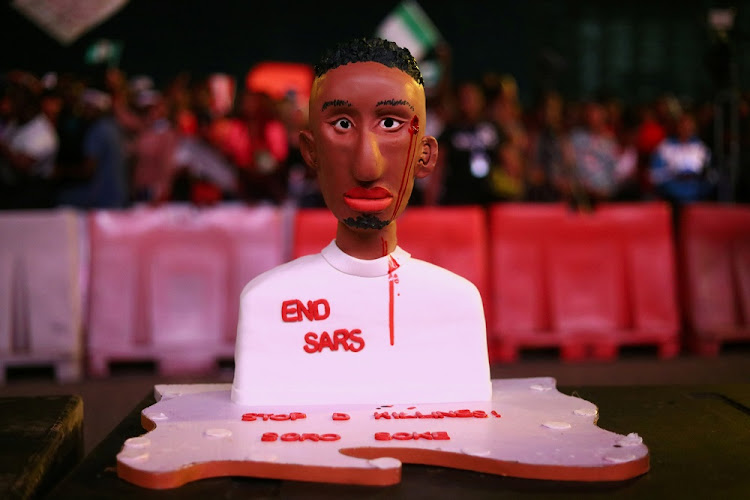 TAKING THE CAKE A cake moulded as a man during a protest against police brutality in Lagos, Nigeria, on October 17 2020.
Image: Temilade Adelaja/Reuters

The government announced on October 11 that, yet again, it was disbanding the Special Anti-Robbery Squad. But the protesters have not let up. They are now calling for wider reforms of the police. Journalist Adejuwon Soyinka asked political scientist and gender specialist Damilola Agbalajobi to explain why these protests are different and what their political implications could be.

What makes these protests different?

First, the protest is not just about the Special Anti-Robbery Squad. It’s the result of pent-up anger over the dehumanising policies of government, maladministration, injustice, hunger, as well as high energy and fuel prices.

The cumulative effect of these roll into one. That’s why the protesters have refused to end their action. It seems this is seen as a once-in-a-lifetime opportunity to address critical national injustices.

This generation of young Nigerians are doing a good job. There is good coordination, arrangements have been made for food and water, as well as music to keep them busy. They have medical personnel on standby, ambulances and mobile toilets for convenience. They have also hired private security (bouncers) for protection, raised money and ensured properties are safe.

They have also made it clear that they have no leader. This could be the result of mistrust of past leaders. 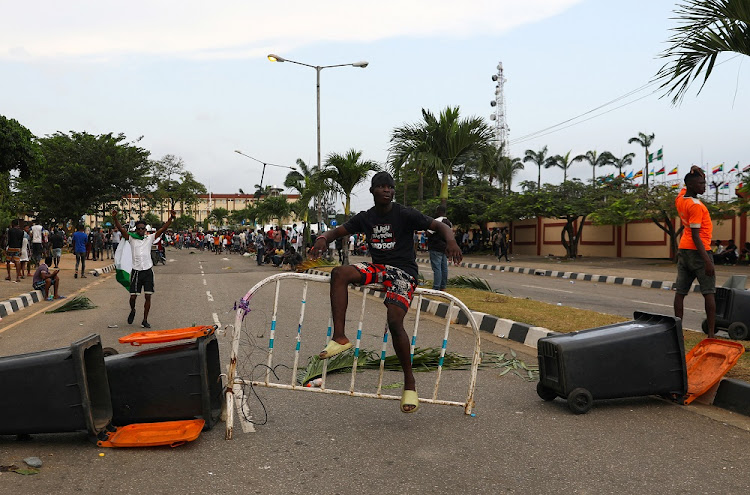 TAKING A BREAK A demonstrator sits on a barricade during 'End Sars' protests in Lagos, Nigeria, on October 20 2020.
Image: Temilade Adelaja/Reuters

Nigeria is said to be the poverty capital of the world. Yet young Nigerians have been protesting for over a week across the country without looting shops. They have ensured that the streets are cleaned after the day’s protest and that there’s no violence or lawlessness.

Another key factor that makes this protest unique is the use of social media. The way this has helped mobilise protesters is unprecedented.

Why have the protests been driven by young Nigerians?

Young Nigerians are, therefore, most affected by government policies that have led to a lack of jobs and meaningful sources for livelihood. Other triggers include the lavish lifestyles of political leaders. The government budgets more money for members of the national assembly than for health and education.

Are there important lessons from this protest?

One takeaway is that a new social contract is being written. Nigerians are creating a new understanding of how leaders and public servants should relate to citizens.

Second, the youth are reinventing governance in Nigeria and bringing about a new culture of asserting rights among the citizenry.

Most of the protesters have never experienced military rule. Is this material?

The 30% of Nigerians who are adults and have experienced military rule seem to have that etched deep into their psyche. They are afraid of a man in uniform. This has become a part of Nigerians’ conditioning. 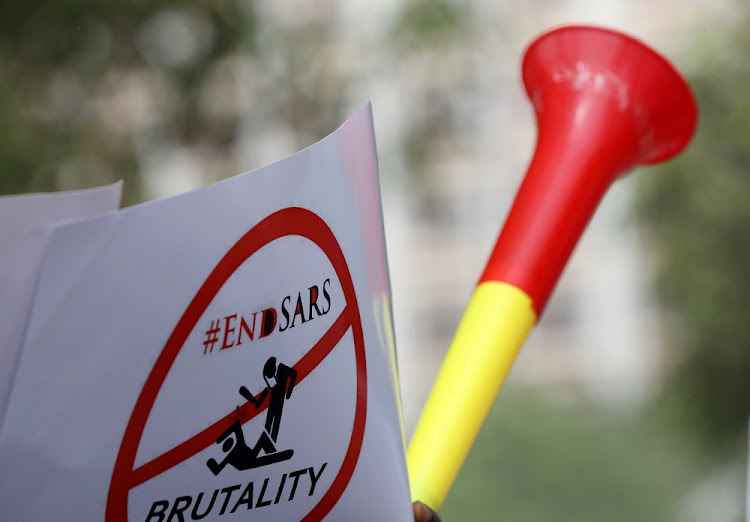 MAKING THEMSELVES HEARD An 'End Sars' banner during a rally to stop the Special Anti-Robbery Squad in Abuja, Nigeria.
Image: Afolabi Sotunde/Reuters

However, the youth believe that the men in uniform are meant to serve the citizens and to protect them. It is a different relationship entirely. Young people are more exposed to the fact that things could be better and are ready to take their destiny into their own hands. They want to reinvent the country [to make it a better place to live].

Their access to the internet also informs their actions. They are able to reach the world from their bedrooms.

Is the history of Nigeria’s military rule fading?

The history and experience Nigeria had during the military era doesn’t resonate as much with young Nigerians. But they must have read history and are, therefore, not unfamiliar with the past. But they have proven not to be deterred by the use of force of any kind.

Has political exclusion of young people played a role?

For many years, Nigeria has been ruled by leaders who are quite elderly. These have not succeeded in finding solutions to the nation’s challenges. Corruption and hunger are rife. It is obvious that young Nigerians feel alienated and are now ready to take the bull by the horns and ensure good governance.

What are the likely political implications of the protests?

Politicians and leaders are waking up to a new politically conscious society. Take the comment from [the chairperson of] Nigeria’s Governors’ Forum, Kayode Fayemi of Ekiti State: “There is nothing wrong in what the young people are doing. I think we should encourage them to ask more questions.”

Various state governments are beginning to see how important it is to have a good relationship with young people. Given the awakening of this new political consciousness, it will not be business as usual for the country’s political leaders.