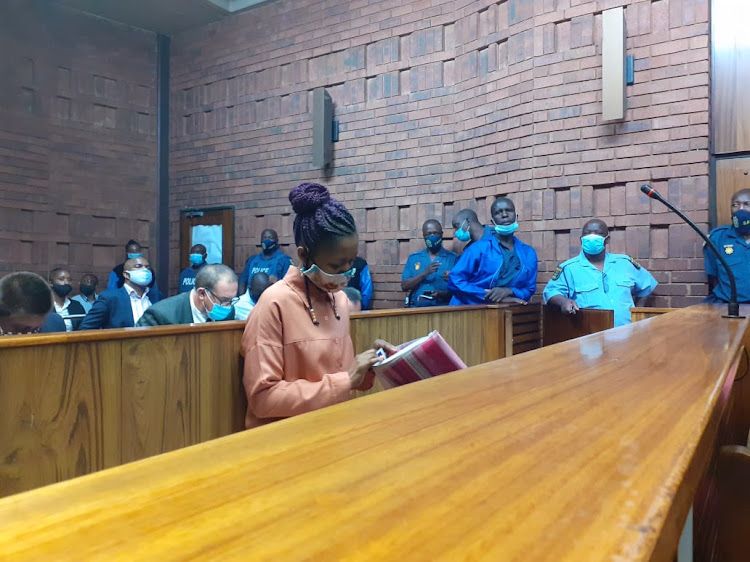 The formal bail application of a co-accused in the Bushiri fraud case, Willah Mudolo, has been postponed to December 3.

The matter was postponed for the continuation of Mudolo's formal bail application and for the tracing of the Bushiri couple, said the Pretoria magistrate's court.

They are charged with fraud and money laundering related to an investment scheme valued at R102m, owned by Mudolo and his wife Zethu.

The alleged crimes took place between 2017 and 2019. The state alleged during the proceedings that the accused had benefited via the scheme through two companies, despite the companies not being registered in terms of the Financial Advisory and Intermediary Services Act.

It is alleged they persuaded members of the Enlightened Christian Gathering church to partake in an investment opportunity within Shepherd Bushiri Investments and Rising Estates that would allegedly yield 50% in returns within three months.

Mudolo, whose bail application is being heard separately from the others, appeared shortly after the court ruled that the Bushiri's forfeit their R5.5m property at Midstream Estate to the state, after they skipped the country while out on bail.

The Bushiris, who are in Malawi, are expected to apply for bail in Lilongwe on Thursday afternoon.

It emerged that Ntlokoane only told authorities a day before that she wanted to travel to Cape Town. The presiding magistrate, Thandi Thibedi, warned her to adhere to her bail conditions — which require her to inform authorities at least five working days in advance and to state the reasons for her departure.

“Please adhere to the bail conditions, or else your bail is going to be revoked. If you are going to Cape Town, you must report a week prior to your departure. If you have an emergency, also inform [authorities] what the emergency is all about,” the magistrate told Ntlokwana.

The court previously heard that Ntlokwana, a financial consultant and member of Bushiri’s ECG church, lived with her pensioner mother who, together with her siblings, depended on her. Her husband is an asset manager in Cape Town and she regularly travelled between Soweto and Cape Town.

Ntlokwana and Zethu Mudolo were released on bail of R100,000 and R20,000 respectively on November 4, the same day as the Bushiris.

Self-proclaimed prophet Shepherd Bushiri and his wife Mary forfeited their R5.5m property at Midstream Estate in Centurion to the State on Thursday.
News
6 months ago

The Malawi police service has confirmed the arrest of self-proclaimed prophet Shepherd Bushiri and his wife Mary on Wednesday.
News
7 months ago

Fugitive from justice Shepherd Bushiri said on Wednesday he won't get a fair trial in SA.
News
7 months ago