All primary school pupils can return on February 15, but secondary schools must still stagger classes 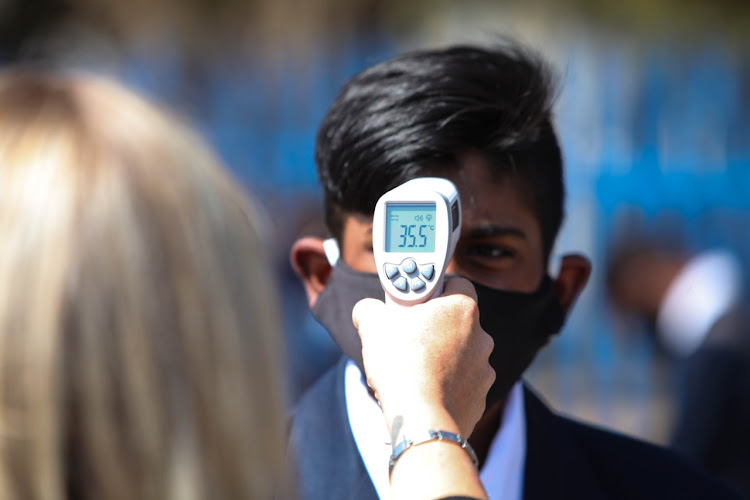 Draft directives for the reopening of schools state that all primary school pupils can return from February 15, but that secondary schools must still stagger their classes.
Image: Alaister Russell/The Sunday Times

Primary schools can allow all pupils to return to school daily from February 15, provided that health and safety measures are followed.

The proposed move is a drastic change from last year when schools followed a rotational timetable that allowed only certain grades to attend class on certain days.

The draft directives state that secondary schools, however, must continue with the differentiated time-tabling model from February 15.

This is according to draft directives for the reopening of schools, which have been crafted by the department of basic education.

“All public schools will open for feeding of qualifying learners in terms of the National School Nutrition Programme (NSNP) from January 27.”

The basic education department on Friday confirmed the reopening of schools has been postponed to February 15.
News
1 year ago

According to the document, school management teams (SMTs), including education assistants and general assistants and non-teaching staff, must report for duty on January 25.

“They must prepare for the return of all educators and learners and ensure compliance with the health, safety and social distancing requirements,” the directives state.

SMTs must assist with the implementation of the NSNP for all qualifying pupils from January 27.

The department has proposed that teachers return on February 1 to prepare for the return of pupils and assist with the rollout of the school feeding programme for pupils.

In their joint written submission to the draft directives, both the South African Democratic Teachers' Union (Sadtu) and the National Professional Teachers' Organisation of South Africa (Naptosa) recommended that SMTs should report for duty on February 8 and teachers on February 10.

The two unions expressed concern over the proposal that primary schools may allow all pupils to return to school daily.

“Most classes at our primary schools are overcrowded, which makes social distancing impossible. In addition, learners are returning from holiday and have encountered numerous people during this time,” the submission reads.

They said the option also brought forward the inequalities as privileged schools with more space and additional governing body staff will be able to accommodate the pupils.

“We call on the minister to reflect on schools in the townships and inner cities that don’t even have playgrounds. Learners and teachers at primary schools also have comorbidities.

“Is the DBE [department of basic education] not being wilfully negligent in endangering the lives of both learners and teachers?” the unions asked.

The two unions recommended that all schools, including primary schools, follow rotational timetabling, with 50% classroom capacity, to avoid overcrowding.

Lesufi lays down the law as Curro moves to online learning

A second matric exam marker from Jeppe High School for Boys marking centre in Gauteng has died from Covid-19.
News
1 year ago

A school’s a school whether you like it or not, says DBE on reopening

Curro schools will remain open as ‘nothing to the contrary has been gazetted’, but department begs to differ
News
1 year ago