Little Foot’s pictures from her overseas travels take us back 3.65 million years

The devil is in the detail of minuscule anatomical structures that only the most cutting-edge technology can reveal – and now it has begun, two decades later 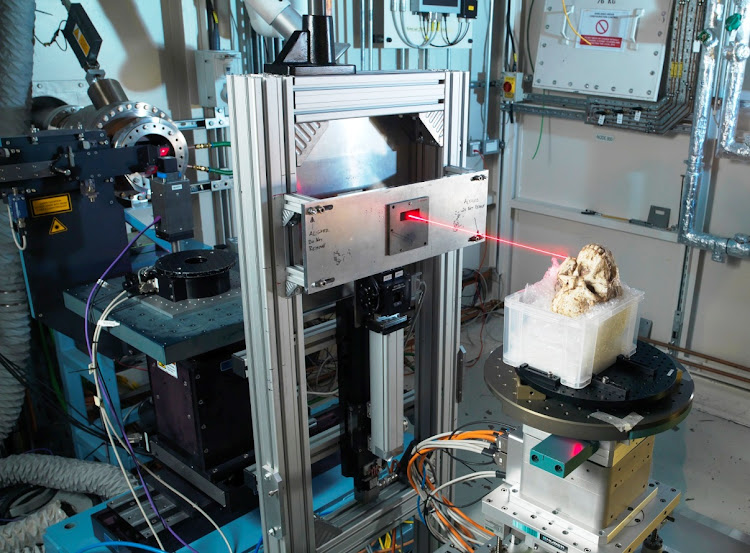 Little Foot is a national treasure, but so is Prof Ron Clarke of Wits University, who discovered her. This week his extraordinary find 23 years ago has proven that she still holds countless secrets about the origin of our species.

In June 2019, an international team, including Clarke and other researchers from Wits, took the complete skull of the 3.67 million-year-old Little Foot Australopithecus skeleton from SA to the UK.

There they achieved unprecedented imaging resolution of its bony structures and dentition in an X-ray synchrotron-based investigation at the UK’s national synchrotron, Diamond Light Source.

A synchrotron is an extremely powerful X-ray machine that is used in evolutionary studies to observe the tiniest anatomical structures in fossils that beforehand could only be seen by literally slicing through the bone and placing the matter under a microscope.

The X-ray work is highlighted in a new paper focusing on the inner craniodental features of Little Foot, published in e-Life on Tuesday. 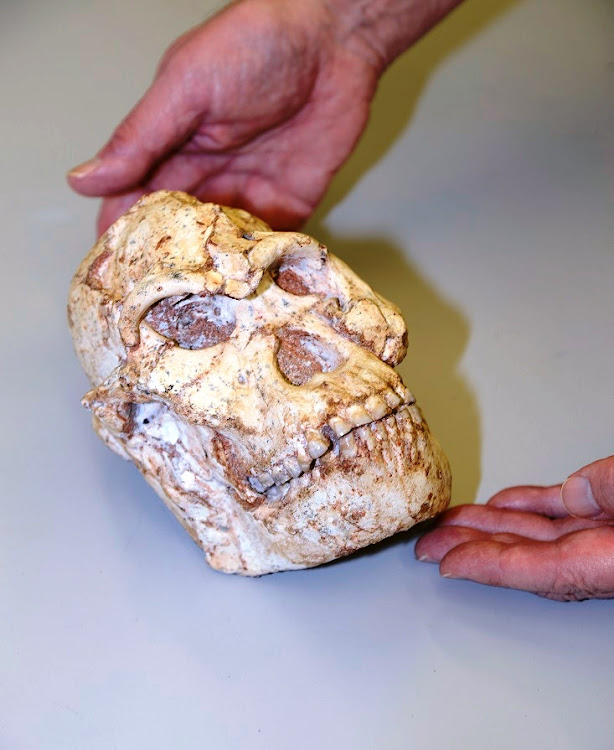 FACE TO FACE Little Foot is one of the most valuable fossils in the world, shedding light on our own ancestry.
Image: Supplied by Diamond Light Source

“The remarkable completeness and great age of the Little Foot skeleton makes it a crucially important specimen in human origins research and a prime candidate for exploring human evolution through high-resolution virtual analysis,” Wits University said in a statement.

To recover the smallest possible details from a fairly large and very fragile fossil, the team decided to image the skull using synchrotron X-ray micro-computed tomography at the I12 beamline at Diamond, revealing new information about human evolution and origins. The paper outlines preliminary results of the X-ray synchrotron-based investigation of the dentition and bones of the skull (the cranial vault and mandible).

She said: “We had the unique opportunity to look at the finest details of the craniodental anatomy of the Little Foot skull. While scanning it, we did not know how well the smallest structures would be preserved in this individual, who lived more than 3.5 million years ago. So when we were finally able to examine the images, we were all very excited and moved to see such intimate details of the life of Little Foot for the first time.”

So what are the findings?

The microstructures observed in the enamel indicate that Little Foot suffered through two clear periods of dietary stress or illness when she was a child.

Also, the branching patterns of the vascular canals (in the compact bones of the mandible) indicate some remodelling took place, perhaps in response to changes in diet.

They also show that Little Foot died as an older individual.

Dr Amélie Beaudet said: “Traditionally, none of these observations would have been possible without cutting the fossil into very thin slices, but with the application of synchrotron technology there is an exciting new field of virtual histology being developed to explore the fossils of our distant ancestors.”

Wits University’s Prof Dominic Stratford, also a principal investigator, said: “This level of resolution is providing us with remarkably clear evidence of this individual’s life. We think there will also be a hugely significant evolutionary aspect, as studying this fossil in this much detail will help us understand which species she evolved from and how she differs from others found at a similar time in Africa.”

He added: “This is just our first paper, so watch this space. Funding permitting, we hope to be able to bring other parts of Little Foot to Diamond.”

Clarke discovered the first bones of Little Foot in 1994 in the Sterkfontein Caves.

In 1997, after their discovery of the location of the skeleton, Clarke and his team spent more than 20 years painstakingly removing the skeleton in stages from the concrete-like cave breccia using a small air-scribe (a vibrating needle).

After cleaning and reconstructing, the skeleton (of which Wits is the custodian) was publicly unveiled in 2018.

Clarke, having discovered the fossils and conducted all the early examinations thereof, said: “It has taken us 23 years to get to this point. This is an exciting new chapter in Little Foot’s history, and this is only the first paper resulting from her first trip out of Africa. We are constantly uncovering new information from the wealth of new data that was obtained.”

He added: “All of humanity has had a long-shared ancestry in harmony with the natural world, and learning from those earliest ancestors gives us perspective on the necessity to conserve nature and our planet.”