Mind your own business, Zulu queen and princesses tell Buthelezi 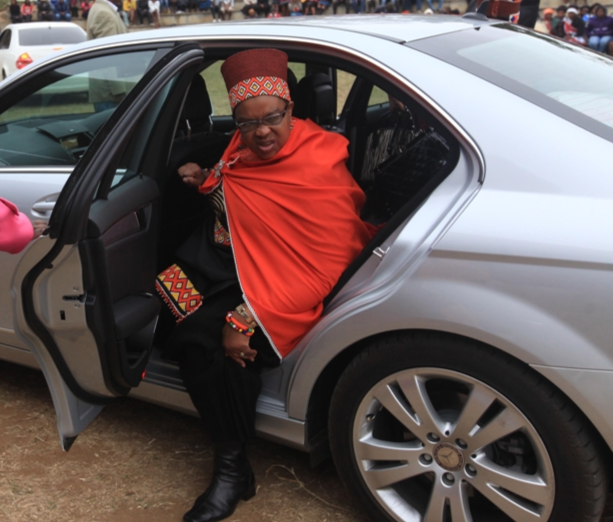 Queen Sibongile Winifred Zulu, the first wife of late king Goodwill Zwelithini, who is laying claim to half his estate by virtue of being married, civilly, in community of property, says “the reality is that the other queens made a choice to get involved with someone who was already married”.

“I am not being selfish. This is a matter of principle,” she says in her latest affidavit, filed in the Pietermaritzburg high court.

The queen wants the court to declare that her civil marriage is valid, that she is entitled to 50% of the late king’s estate and that he was precluded by law from entering into any other marriages.

In a separate application, her daughters, princesses Ntandoyenkosi Zulu and Ntombizosuthu Zulu-Duma, are challenging the authenticity of the late king’s will and that he wished King Misuzulu kaZwelithini, the eldest son of his third wife, Queen Mantfombi Dlamini-Zulu, to take over the throne.

The king, who took six wives, died on March 21.

Queen Dlamini-Zulu, who is said to have had elevated status because she was from Swaziland royalty, was appointed regent during the time of mourning. She passed away on April 29, paving the way for her eldest son to take over the throne.

Both applications are being opposed by various members of the royal family, but only Mangosuthu Buthelezi has deposed to an affidavit, saying King Misuzulu kaZwelithini’s claim to the throne was a foregone conclusion, legally and culturally, and denying the will is a forgery.

King Misuzulu kaZwelithini has launched a counter-application, seeking to declare the civil marriage, which took place in December 1959, null and void.

Again, Buthelezi is the only one who has filed an affidavit. In it, he says Queen Sibongile Winifred Zulu cannot now, 50 years on, “wish away” the king’s other wives and that the civil marriage, concluded after the traditional ceremony, was “irrelevant” and an “exercise in futility”.

But the queen and princesses now say Buthelezi should stay in his lane, that he has no legal standing to get involved in either matter and that he is, in essence, meddling in another man’s affairs.

In their latest affidavits they say his position as 'prime minister' of the Zulus is not recognised by the Traditional Leadership and Governance Act, he is not a beneficiary of the disputed will and the issues regarding the validity of the late king’s marriages are 'only the concerns of the queens'.

In their latest affidavits they say his position as “prime minister” of the Zulus is not recognised by the Traditional Leadership and Governance Act, he is not a beneficiary of the disputed will and the issues regarding the validity of the late king’s marriages are “only the concerns of the queens”.

Queen Sibongile Winifred Zulu says it is “shameful to witness the antics of Buthelezi, a respected statesman, an elderly man with his household, dragging himself and challenging a marriage of another man. It is an unprecedented act of desperation.”

She and the princesses say his opposition should be disregarded by the court, leaving “no real opposition”.

On the merits of her matter, the queen says the other wives knew the late king was married to her and “they were aware and reconciled themselves to the fact that their union at some point could face a challenge relating to validity”.

“We chose to be married in terms of the Marriages Act. To this end, the marriage is protected from practices such as polygamy.”

She says Buthelezi contends that should her court application succeed, it will “denude the other queens of their dignity”.

“But turn the question around ... is it not denuding my dignity to ignore my marital regime and subject me to practices that I did not sign up for? Is he advocating that as a woman I do not have rights to protect my dignity, my beliefs, my values and my choices.

“Is his reasoning not taking women back to the days where husbands had marital power over their wives?”

She says the disputed will states that all the late king’s marriages must be treated on the same footing, “with no ranking order”.

“If this is left unchallenged it means a spouse can use a will to change a marital regime without the knowledge of the other spouse and the spouse can avoid the compulsory provisions of the Marriages Act.

How laughable is the phenomenon that Buthelezi had convened the alleged family meeting, chaired the alleged meeting and then nominated Prince Misuzulu to the throne. There was no meeting of the royal family where he was nominated.

“The truth and the reality is that the other queens made a choice to get involved with someone who was already married,” she says.

The princesses, in their latest affidavit filed with the court, say they have opened a case of fraud relating to the disputed will.

They deny the royal family met and accepted the king’s “wishes”.

“To the contrary, the family proposed the name of Prince Mbonisi Zulu and the late queen objected. How laughable is the phenomenon that Buthelezi had convened the alleged family meeting, chaired the alleged meeting and then nominated Prince Misuzulu to the throne. There was no meeting of the royal family where he was nominated.”

They say there is “no document” in which the late king expressed a wish to be succeeded “by an eldest son”.

The “culture” propagated by Buthelezi is not constitutional because the apex court has declared the practice of disinheriting children born out of wedlock as unconstitutional, they say.

It also declared unconstitutional discrimination against women from ascending to the throne.

Buthelezi, in his affidavit, questions the qualifications of their handwriting expert, saying he simply compared the signature on the disputed will with that on a bottle of the late king’s “Bayete” brand wine.

He says another, “qualified” expert found it to be authentic.

In response, the princesses say at this stage they are only seeking an interdict to stop the implementation of the will pending a trial which will determine if the signature on the will was forged and any contradictory expert evidence can be dealt with then.

The matter is yet to be set down for hearing.